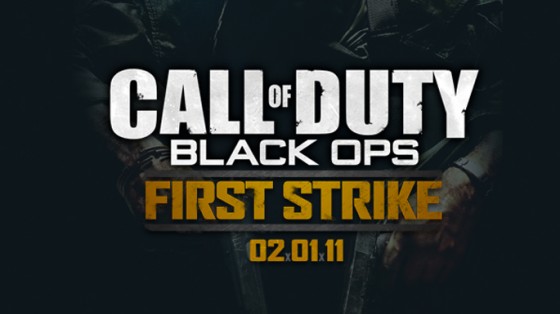 If you are one of the millions of people who purchased Call of Duty: Black Ops back in November of last year, you’ve likely exhausted the multi-player maps and are starting to feel things are a bit stale.

Treyarch has announced their first downloadable content (Map Pack) will be available to Xbox 360 users on February 1st and to PS3 users on March 1st.

This download will set you back $15, but if the trailer is any indication, the cost will add a breath of fresh air to the multi-player side of the game.

Berlin Wall: A large map set in, you guessed it, Berlin. This map centers at “Checkpoint Charlie”, or the crossing point between West and East Berlin. With plenty of elevation, this map should be a favorite of snipers. Whatever you do, be careful crossing the No Man’s Land, or you might be gunned down by some auto-turrets.

Discovery: Another snow-themed level, Discovery is set at an old German base deep in the Artic. The big feature here? A snowy bridge that can be destroyed with explosives.

Kowloon: If you’re one of the few that actually played the campaign in Black Ops, this map should look pretty familiar as it is based off the stage “Numbers.” This map should be pretty interesting as it will have several zip-lines for players to use to navigate the map.

Stadium: Taking place at a hockey rink in North America, this one sounds like it will be a big hit with those of you that love the tiny, chaotic Nuke Town.

Kill zombies in a new location as the “Nazi Zombies” storyline continues to unfold.