Sports > Golf > Can Rory Mcllroy Close At The US Open?

Can Rory Mcllroy Close At The US Open? 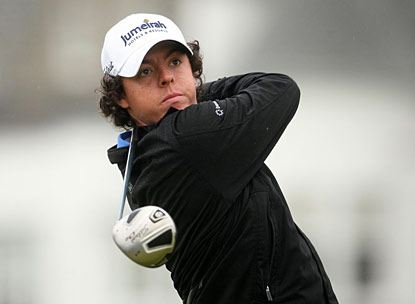 So far at the 2011 US Open, no one has been able to touch the play of Rory Mcllroy who after two rounds shot an impressive 11 under. It’s the first time that anyone has shot a 11 under after two rounds of play at the US Open in it’s history.

Mcllroy is the young gun that everyone has been touting as the player who is going to eventually take the Tiger Woods crown and go on a prolific run in winning major championships. However, since entering the PGA tour, he hasn’t won a single Major yet.

This year was supposed to be Rory’s, with Tiger not performing well due to injuries and the rest of the field having it’s usual problems, McElroy was expected to at least win one major championship.

When the Masters rolled around Rory started out on fire and held a four stroke lead heading into the final round of play, then it seemingly crumbled away as he shot a horrendous final round that matched the worst ever final round ever shot by the leader and eventually ended up tied for fifteenth.

So, the question that everyone wants answered is, “Will Rory be able to shake off the Masters demons and be able to claim his first title?” The way that he is playing at the current moment, you have to believe that will. The one positive about failing already once this year is that Rory can learn from the mistakes he made at the Masters in that final round and make sure he doesn’t make those same mistakes again.

However as we have seen from golfers like Phil Mickelson and Greg Norman, the pressure of the situation can get to even the greatest players and start a string of bad luck and failure. Is Rory more of a Tiger than Phil or Jack than a Norman?

In my opinion, Mcllroy will be able to close it out since he’s one of the most constant ball-strikers on the tour and has the short game that some players dearly lack when trying to putt into that final hole to claim the ultimate prize. This weekend might not make or break his career, but it will determine his future as a major champion or just a good golfer.

The best advice for Rory probably comes from a former champion, Tom Watson who once said, ““The person I fear most in the last two rounds is myself.” If Rory can continue to play solid golf and take the advice of Tom, he’ll be in the winner’s circle come Sunday and we’ll have forgotten about that Masters collapse.