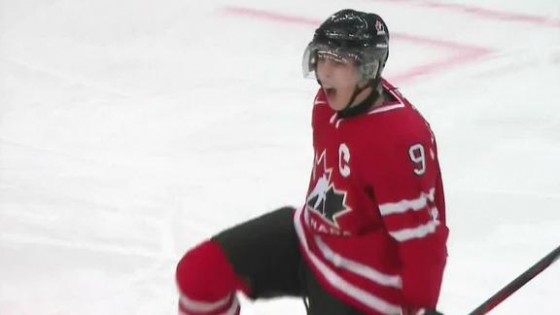 In a surprising turnaround from their early defeat of the USA, Team Canada was bounced out of the World Junior Championship by the Americans today. The Canadian team, which was expected to play for the gold medal thanks to a stacked roster, will instead be fighting for the bronze while Team USA goes on to face Russia or Sweden for gold.

Suffice it to say that this result isn’t going over well in Canada. Canadian hockey fans have always had a sense of superiority in regard to American hockey, and a U.S.-based NHL lockout hasn’t improved their attitude. Unsurprisingly, Canadian fans have taken to Twitter to express their anger and outrage, mocking Americans for everything from gun control to obesity, while also directing their rage at team Canada as well.

We still generate the best hockey talent in t he world, not America, so suck a fat one, USA.

We aren’t even good at hockey anymore…is there a World Junior Gun Control Championship? We’d kill that. #GunPun

Fuck team Canada, they made me stay up all night for nothing now I can't sleep.