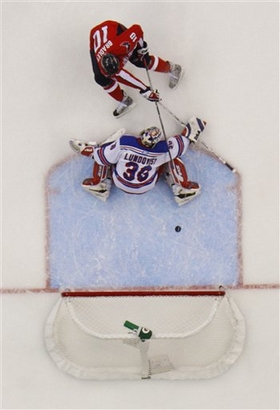 The Washington Capitals defeated the New York Rangers in dominating fashion again this evening, but still trail in the series 3-2. This despite the fact that New York has been outscored 12-7, and out shot 170-119 through 5 games. Henrik Lundqvist has certainly stolen a couple of games in this playoffs, but he is actually being outplayed by Caps Rookie Simeon Varlamov. The Capitals victory this evening sends the series back to New York where the Rangers pray they can end it.

Tonight’s game saw a couple of great moments. Our sister site Capitals Outsider has the video of a spectacular goal in the 2nd period by Alex Ovechkin, and also video of an unfortunate incident involving Ranger’s Coach, John Tortorella. Apparently Torts got involved in a dispute with a fan in the stands, was seen throwing a water bottle over the glass, and grabbing a stick in an effort to go after the fan. Puck Daddy is all over that story, with additional details and comments from the coach’s press conference. Matt Bradley, an unsung 4th line player for the Capitals set the tone with 2 goals in the first period, earning the Hardworking Helmet. 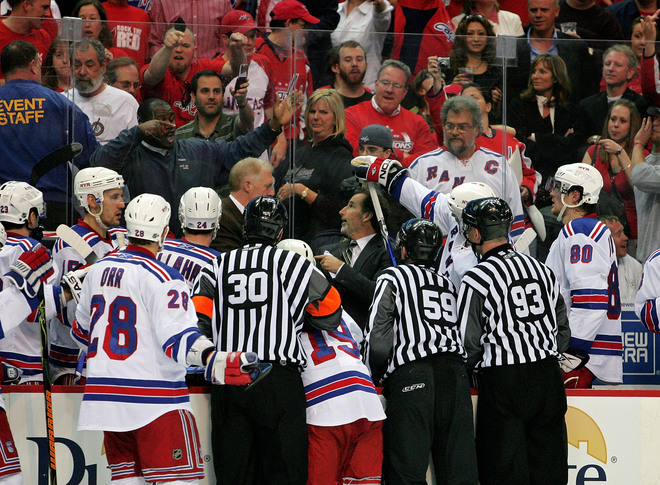