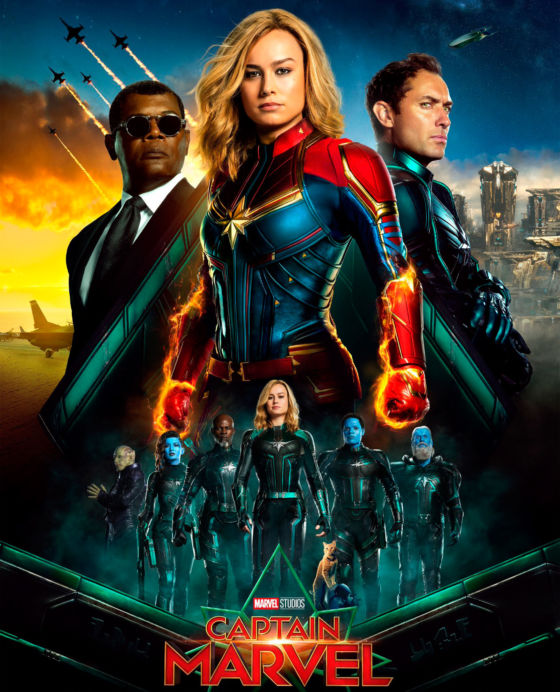 Captain Marvel isn’t merely a superhero origin story; it’s the story of women past, present, and future. From being put into control systems in early life to being told they’ll never be able to do certain things because of their gender, women have had to struggle to gain the ready acceptance their male counterparts enjoy. As an ode to the women who have fought and are still fighting this battle, and to deconstruct the notion of females being the “fairer” or “weaker” sex, Captain Marvel has come to kick your ass.

Before you get worried, this film doesn’t go all-in with any kind of “men bad, women good” sentiment – on the contrary. Heroes and villains are defined by intent regardless of gender, an inclusive move by directors and co-writers Anna Boden and Ryan Fleck (Geneva Robertson-Dworet is the other credited screenwriter) which provides the film’s thrust and mystique. Are we to trust our eyes and believe what we see, that our seemingly-benevolent colleagues have our best interests at heart, or do we dig deeper for the truth, no matter how world-changing this truth might be?

In addition to this theme, Captain Marvel is a film of evolution. The film’s linchpin sequence sees Carol Danvers getting up from defeat, only to face it head-on as a child (London Fuller), a teen (Mckenna Grace), and as the adult (Brie Larson) she has become. It may be only ten or fifteen seconds out of 124 minutes, but it’s one of the most fist-raising, inspiring, and powerful sequences in the Marvel Cinematic Universe’s history, the culmination of her past and present finally crashing together to finish her transformation into Captain Marvel.

The film doesn’t need to be action-packed to make its statement; there are action sequences, but that’s not the point of the film. It’s evident in the final battle, where Carol’s foes may have been established early on, but only become body-fodder being slammed into walls and floors. The true fight isn’t external; it’s in finding her sense of self and her place in the universe, lost six years before the film’s first scene and hinted at in flashbacks throughout. She may look human, but at the film’s beginning, she’s a blue-blooded Kree soldier, seemingly born as an adult into this world of fire and conflict.

When we first encounter Carol – or Vers (pronounced “Veers”), as her fellow Kree warriors call her – she’s waking up from a recurring dream where she witnesses a human (Annette Bening) being shot by a Skrull, longtime enemy of the Kree. It’s a literal wake-up which starts the entire film’s metaphorical awakening of self and purpose. Likewise, when we first encounter Nicholas Joseph Fury (Samuel L. Jackson), he’s far from the one-eyed menace we’ve known for the last 11 years; he’s jovial and guardedly innocent, and he has a serious love for cats. 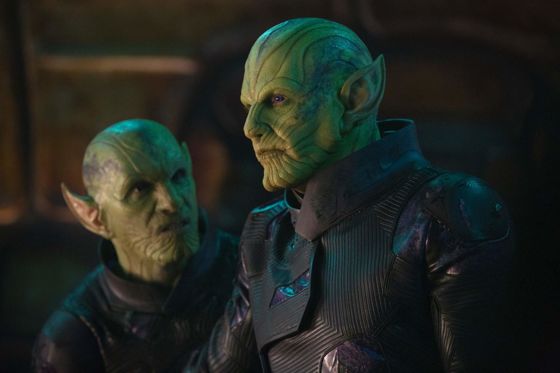 An alien who’s literally crashed to 1995 Earth and an agent of S.H.I.E.L.D. (weird, how they call themselves that when in 2008’s Iron Man, they were still going by their longform title) wind up leaning on each other to find the truth about Carol and the life she sees in her dreams. There’s no one they can trust except themselves, and even that’s a tenuous trust at best – while investigating, he calls in the cavalry, a member of which has already been duplicated by a shapeshifting Skrull. This slight betrayal notwithstanding, these two form our dynamic duo as they venture further into Carol’s past to find out exactly what the Skrull want and what her commander Yon-Rogg (Jude Law) would kill to protect. 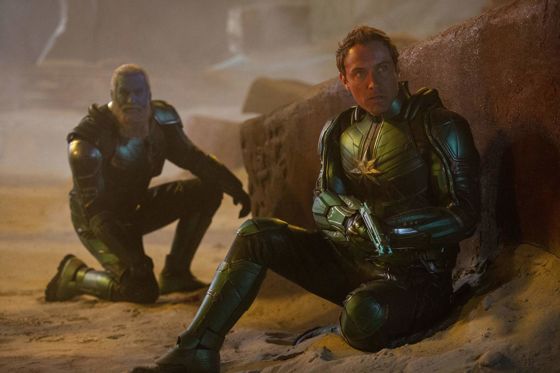 From the film’s beginning, we see Carol as the unstoppable object, willing to do what it takes to get the job done, even forgoing cautions given by Yon-Rogg and the Kree Supreme Intelligence. She is unbound by false senses of control, even though she is loyal to the chain of command; her only concern is that the right thing must be done. Brie Larson plays her with an indomitable spirit and an earned confidence which are only split asunder when faced with her past and what she’s forgotten. She moves deftly between her emotions and when her raw talent takes over, carving Carol into a formidable adversary, the likes of which you wouldn’t want hounding you down.

Anna Boden and Ryan Fleck go more for the heart and the head than the fists with Captain Marvel, giving the story and emotions more weight than the action sequences included. That’s not to say the fights aren’t meaningful; they’re treated as figurative obstacles on Carol’s journey toward her final truth. One scene between Carol and an opponent sums it up nicely, with the aggressor demanding she fight and prove herself. Instead of the knock-down slamfest they’re building up, we’re dashed off with a simple action and the line which defines this movie: “I don’t need to prove anything to you.” With Captain Marvel – the MCU’s first female-centric film in its 11 years – Boden and Fleck have leveled the playing field, breaking Carol Danvers into the boys’ club with guts and bravery to spare.

In deconstructing the notion of females being the “fairer” or “weaker” sex, Captain Marvel has come to kick your ass.