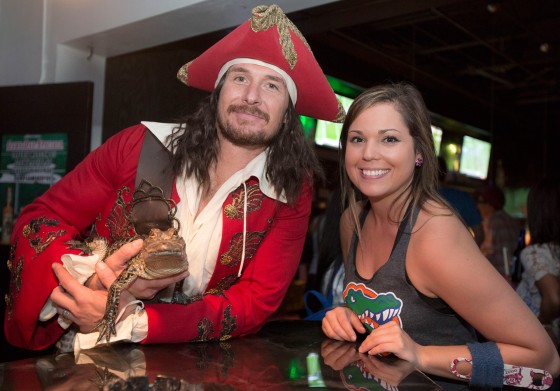 As if walking into a bar dressed in full pirate regalia weren’t enough to get the ladies to swoon, Captain Morgan has taken it one step further and adopted a Gator. He named the little ankle biter “Cola”, and brought him out for pre-game festivities between Florida and Florida State this past weekend. Unfortunately for Captain and Cola, the Gators got demolished by the #1 Seminoles.

“Dogs are too traditional, I don’t do cats, and let’s be honest, parrots are bit cliché,” said Morgan. “Every Captain needs a Cola, and I found mine right here in Gainesville. He has a badass personality and is looking for support for all of his gator friends both on and off the swamp.” 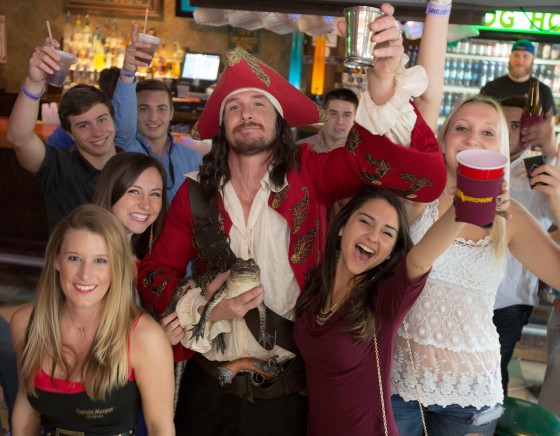 For every photo captured of the duo (utilizing the hashtag #CaptainAndCola on Twitter/Instagram), the Captain Morgan rum brand committed to donating $1 to the Crocodile Specialist Group, a worldwide network of biologists, wildlife managers and independent researchers committed to the ongoing preservation and protection of alligators and crocodilians throughout the world. In response to the overwhelming enthusiasm of Florida fans, the brand made a $5,000 donation to the nonprofit organization. 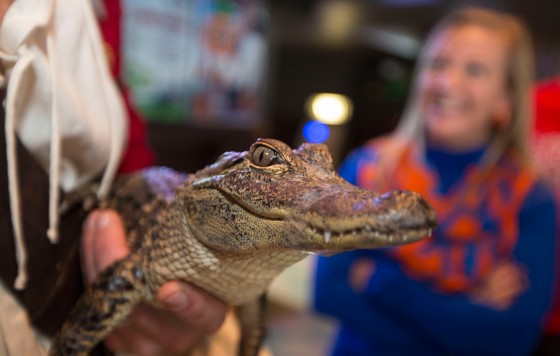