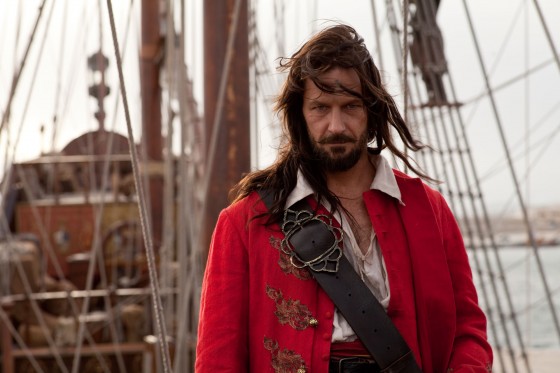 Our friends at Captain Morgan are getting pretty good at producing cinematic quality advertising. Their latest foray is an ad trilogy by three-time Academy Award-nominated writer/director Todd Field.

“It’s kind of amazing how many people are unaware that Morgan’s legacy existed long before he appeared on the label of a bottle. The job of everyone on our team was to bring Morgan’s adventurous spirit to life through this Trilogy – to try to paint as compelling a picture as possible of his world, and the people who might have really populated it at that time.”

Think of it as Pirates of the Caribbean with the magic of Disney replaced by the bravado of the Captain and his spiced rum. The first installment, “Perfect Getaway” premiered during The Walking Dead this past weekend:

Set in 1668 Port Royal, Jamaica, “Perfect Getaway” opens with Captain Henry Morgan atop a ladder set against a battery wall. With paintbrush in hand, Morgan implements his strategy to rescue one of his crew members held captive by his nemesis, Don Alonzo. Little do viewers know that this prisoner is worth more than meets the eye.

The wisdom of leading a prison break while wearing a bright red coat might be questioned, but it’s the Captain, and he does everything with style. We’re looking forward to episodes II and III, “Cave” and “Fire Ship” respectively. They’ll move Morgan’s adventure forward and are scheduled to première later this year.