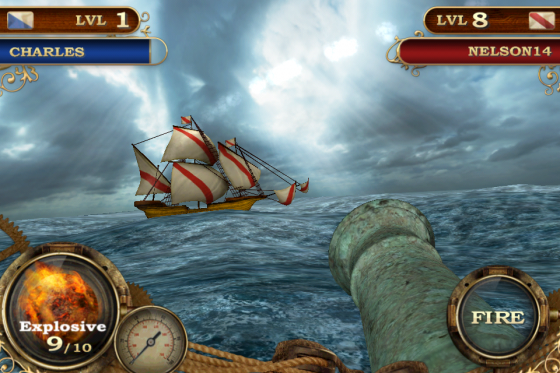 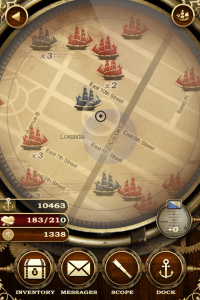 Our friends at Captain Morgan have released the first ever game from a spirits brand, Captain’s Conquest. It’s available in both iTunes and Android Market :

Captain’s Conquest uses location-based services and social networks to transform your city into the open sea, creating a world that rewards you for real-life exploration, adventures and social influence. The goal of the game is to rise through the ranks from Stowaway to Captain of your own powerful fleet – just like the rum’s real life namesake, Captain Henry Morgan, ruling the high seas and reaping both digital (bigger ships, cooler weapons) and real-life rewards (drink specials, party invites). Success in the mobile game is accomplished in two ways: through skilled game-play and adventurous behavior in the real world. 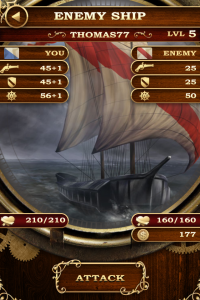 We downloaded and gave the iPhone version a try. It was a  bit of a nuisance to get started, as the game required age verification, account sign-up, acceptance of terms, and location determination. Once you get past all of that crap though, the game looks and sounds terrific. Game play was challenging and fun, and it’s tough to beat the price, FREE. Overall we found it to be a unique bit of marketing by the folks at Diageo, and think you’ll enjoy the experience.

“Social mobile gaming is exploding in popularity and Captain’s Conquest is a relevant and unexpected way for the Captain Morgan brand to connect with our adult fans in a medium where they are proactively seeking new and exciting experiences,” said Tom Herbst, Director of Marketing, Rums at Diageo. “This mobile game creates an exciting and entertaining brand experience for our loyal fans by showcasing the Captain’s legacy and adventurous spirit via a 21st century medium.”