Captain Morgan has been staying quite busy recently. First we brought you the news of his new commercial campaign directed by Tom Hooper. Then came word that a team of leading U.S. archaeologists had discovered wreckage of a ship they believe to be part of Captain Henry Morgan’s lost fleet at the mouth of the Chagres River in Panama.

Finally comes the most exciting news of all, the launch of The Captain’s Island Challenge on Facebook. 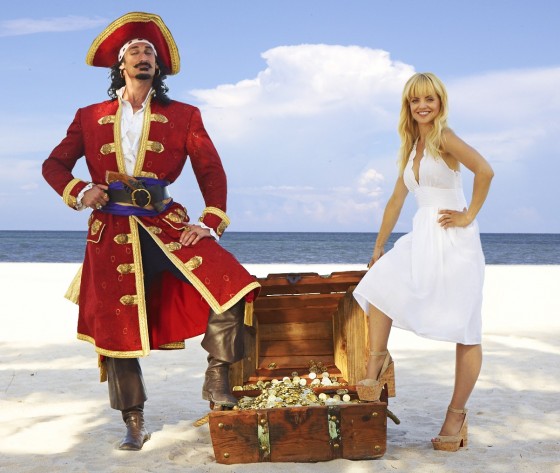 Captain Morgan today launched The Captain’s Island challenge, a buccaneering contest where a legendary Caribbean adventure and a $15,000 share of his bounty is at stake for a team of friends from the U.S.  Captain Morgan was ably assisted by actress Mena Suvari as he unveiled her as his official reporter for the duration of The Captain’s Island, helping him get the news to wannabe crews across the country and encouraging them to sign-up to the challenges that could lead them to his island and a $15,000 prize. With sun, sea, adventure and celebrity, it’s easy to see why The Captain’s Island will be THE place for unforgettable legendary times this year. 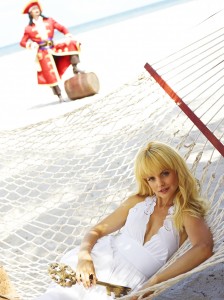 Gunaxin is proud to announce that we will be competing in the Captain’s Island Challenge along with our friends from Bro Bible and COED Magazine. If you’d like to join us in the Caribbean for your own chance at the $15,000 bounty, you can begin by completing the challenges to earn keys on Captain Morgan’s Facebook Page.

If the bounty weren’t enough, consider the fun you’ll have partying with the Captain, his Morganettes, and Mena Suvari! We recently had a chance to run the fabulous Miss Suvari through the famous Gunaxin Six Questions, and we look forward to meeting her on the Island in October.

Here are additional details on the challenge :