Sports > Other > Capture the Crown at the Brickyard

Capture the Crown at the Brickyard 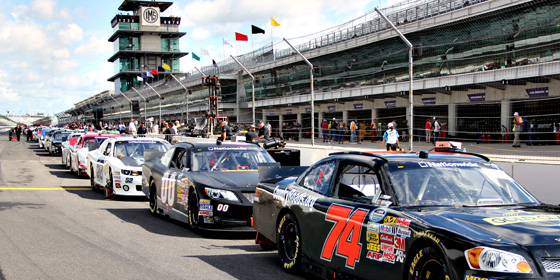 Last weekend we were invited to Indianapolis Motor Speedway by our good friends at Crown Royal for the 3rd annual Capture the Crown event. You may remember that we won the inaugural event at Richmond back in 2011, so we were excited to defend our title at the much larger Brickyard. There was tons of motivation too, as the winning team would receive a trip to the Super Bowl in New York. All weekend long you probably saw our tweets and Facebook shares as we raced around IMS in a golf cart, competing in the most epic experiential scavenger hunt you’ll ever see. 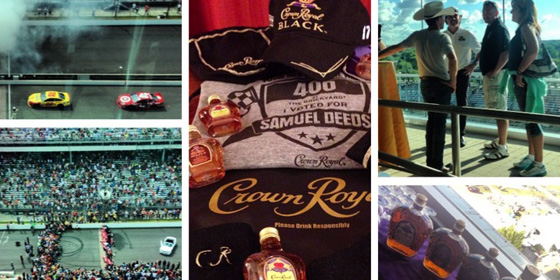 Capture the Crown is not unlike a reality show such as The Amazing Race, except that it takes place over one amazing weekend, and luckily we’re not being followed around by cameras. This year our team included Marcelle from JerseyGirlSports.com, Myself (in the middle), Sujeet from GuysGab.com, and Joe from JoesDaily.com. You can see us below from left to right, posing with an Airman. 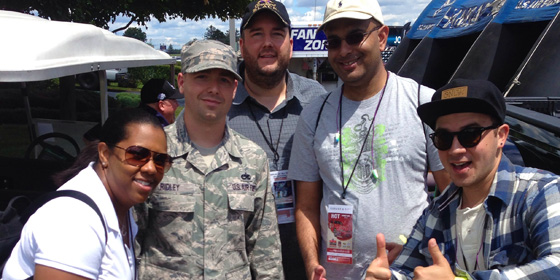 The competition was set on the backdrop of the Samuel Deeds 400 at the Brickyard, with challenges broken into three categories : NASCAR, Crown Royal, and Heroes. The Heroes included Samuel Deeds himself, the very hero that the race was named after. He won naming rights to the race in a fan vote, due to his heroic acts both in Iraq and back here at home. He was joined at the race by the other finalists, who are each heroes with their own inspirational stories. 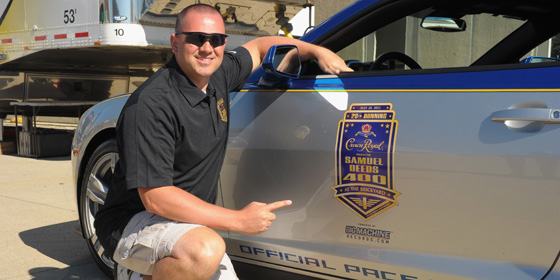 Gunnery Sergeant Deeds was treated like royalty by Crown Royal, with a once in a lifetime experience at the track. We were there every step of the way too, to help document his experience and share it with the fans. One of the highlights of the weekend came when he was invited on stage by country music star, Justin Moore, to the chants of USA! Moore performed his new song Heroes, and Crown Royal presented a $10,000 check to Kurt Busch and the Armed Forces Foundation. The check represented $1 for every free download of Heroes leading up to the race. 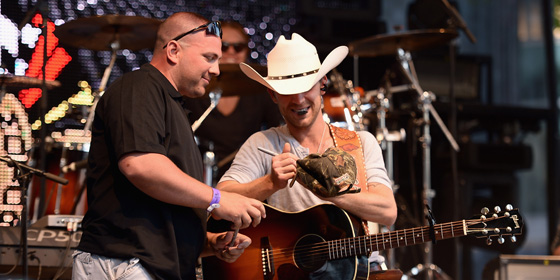 Our Capture the Crown hosts provided us with Hot Passes, so we could go everywhere and anywhere at IMS. This included the garages and pits, in what was the ultimate behind the scenes look at a NASCAR race. We were definitely focused on the task at hand, running around and trying to score as many points as possible. But every once in a while we did take a moment to slow down, look around and realize just how freaking awesome it was to be given such a great opportunity to experience a race as few ever can. 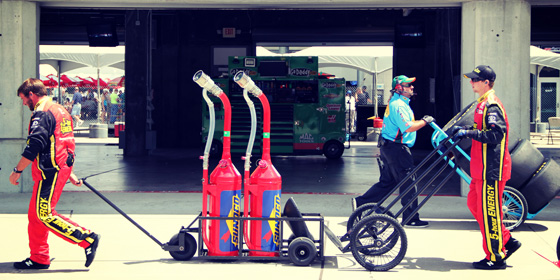 Ultimately we fell short of our goal to Capture the Crown (and go to the Super Bowl) as our team finished 3rd out of 5. The disappoint of defeat didn’t last long though as we truly had a great time with new friends and old friends, and thank Crown Royal for making it possible. Driver Ryan Newman took the checkered flag in the race, and watching him and his crew kiss the bricks was an amazing sight to see. The entire weekend was something we’ll never forget, and an honor that the very deserving Samuel Deeds will be telling his grand children about. Oorah, Marine! 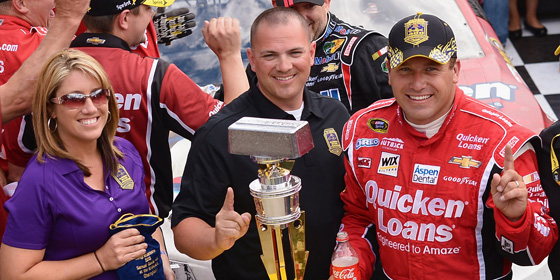 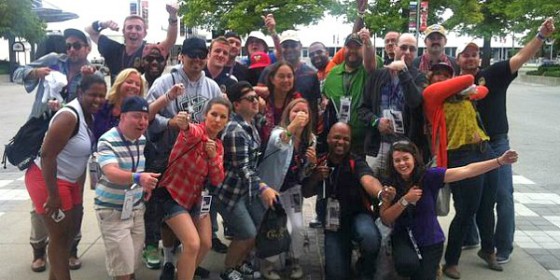