Sports > Other > Caroline Wozniacki Made a Music Video

Caroline Wozniacki Made a Music Video 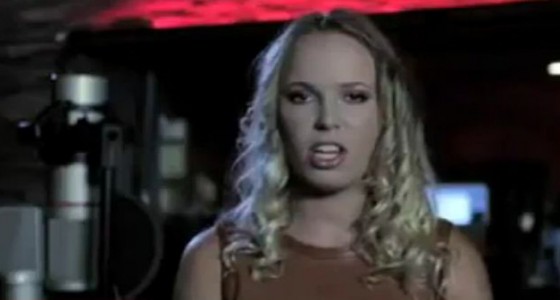 If you’ve watched a women’s tennis tournament in the last three years, then you probably know that Caroline Wozniacki is a cute Danish player with a rockin’ body. Despite having never won a Grand Slam tournament, the 21-year-old has spent time ranked number one in the world, and because she passes the eyeball test, has also gained a certain amount of international fame.

So, naturally she’s used her newfound notoriety to help launch a, ahem, music career. I use the term “music” very loosely, because auto-tuning her voice while she stares blankly into the camera isn’t my definition of singing, but in 2012 it might be good enough to get a Grammy nomination. Or it could be crushed under the weight of the Internet’s undying ridicule. I’m leaning toward the latter. In any case, here’s Caroline belting out “Oxygen.” Sorry, ear plugs are sold separately.