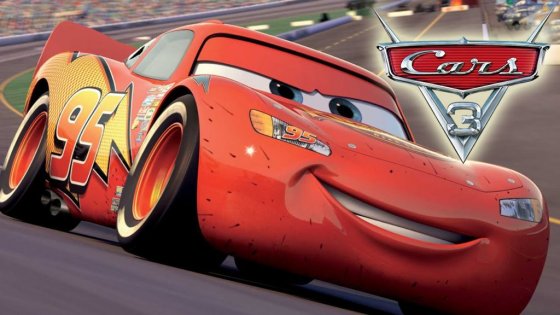 Not gonna lie: Cars 3 caught me off-guard with how unexpectedly touching some parts of it could be. But in that same not-gonna-lie vein, it’s almost a total rehash of the first film, from the opening “Speed… I am speed” mantra recital to the final race. However, after watching the reprehensible Cars 2 – a “children’s film” featuring terrorism, torture, and straight-up murder (they killed Bruce Campbell! How dare you kill the mighty Bruce and even try to think “We’ve got a good movie!”?) – I’ll take a rehash over Cars 2 any day of the week and twice on Sundays. 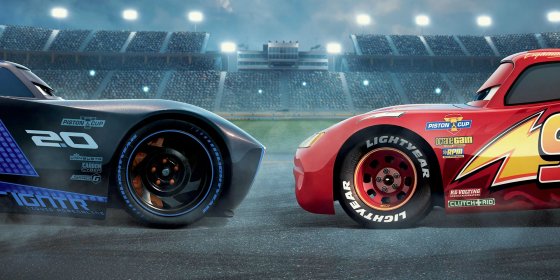 Gone are the ridiculous spy and overly preachy environmental themes of the previous installment. As a matter of fact, it’s almost like Cars 2 never existed, not being referred to at all in dialogue or bearing any characters specific to that film. We’re back to the racetrack, where time and technology have taken their toll in devastating ways. Multi-Piston Cup winner Lightning McQueen (Owen Wilson) is still enjoying life at the top when we catch up with him, but he and his racing contemporaries are being forced out of the sport by chopped-and-channeled, computer-tuned, and dazzlingly fast newcomers who are changing the way the sport is played. 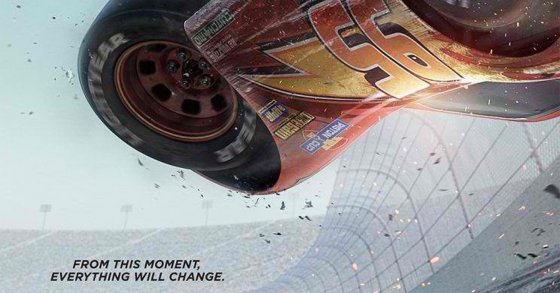 It’s a tale as old as ____ (pick your cliché). There’s always something better, faster, stronger, or younger speeding down the pike, and it comes down to three choices: try to beat it, try to keep up, or get out of the way. Cars 3 speaks to this facet of our everyday lives through McQueen’s struggle to stay relevant. Does he buck up and try to compete against the new generation, or does he accept his limits and step aside for someone else to take the reins? It’s a question he faces early in the film after a career-threatening accident sends him into seclusion.

Basically, what the film is trying to say is “getting old sucks, but there are still ways to do what you love.” It’s an admirable characteristic of this film, but it gets lost amid the filmmakers’ attempt at trying to bottle lightning twice (no pun intended). Similar plot beats – the fall from grace, the sidetrack into unwelcome territory, the curmudgeonly old trainer taking charge, and the sudden realization of a truth that was there all along – almost drown the film in been-there-done-that torpor, but the welcome addition of McQueen’s trainer, Cruz Ramirez (Cristela Alonzo), helps keep the film afloat. 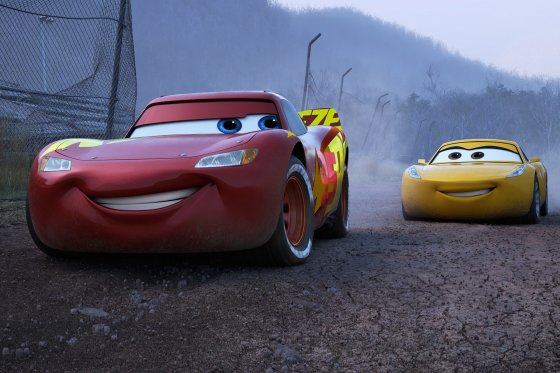 Cruz isn’t just a trainer; she’s an also-ran who had her shot but was intimidated to the point of failure. This film is just as much about discovering who she is and what she means to McQueen as it is about McQueen himself. She is the linchpin of this film, carrying not just enormous plot points on her back, but also the film’s central message: you should do what you were born to do. Alonzo voices her earnestly and endearingly; she’s a welcome addition into the world of Cars and into the hearts of viewers by being the female voice this racing world so desperately wants. 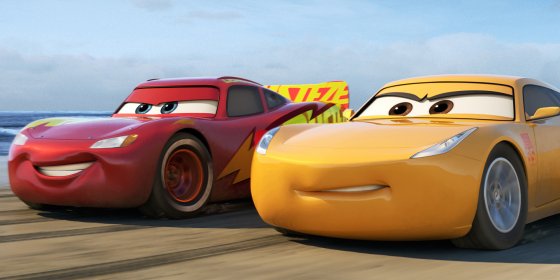 It’s a logical, if slightly perfunctory-feeling step the Cars series needs to make, both thematically and character-wise. While the association between McQueen and Cruz is forced on them by McQueen’s new sponsor Sterling (Nathan Fillion), the script and direction never seem to get past this obligatory pairing to give their friendship an organic, natural feel. Some of Wilson’s delivery – especially during the final race – dives into the treacly and all-too-saccharine, as if needing to treat Cruz with kid gloves. 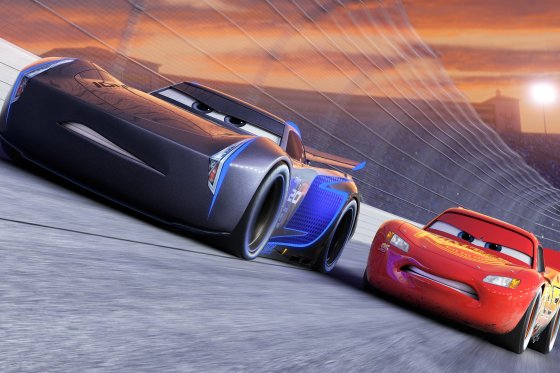 Another requirement of these films is the “villain” of the piece, a duty filled by next-generation racer Jackson Storm (Armie Hammer), who’s capable of besting McQueen’s top speeds by multiple car lengths without having to breathe hard. He’s given some rudimentary trash-talk and backhanded compliments to deliver, and he runs a racer into a barrier wall in a fit of jealousy, but he’s not the main villain of Cars 3. He serves more as a specter lurking in McQueen’s mind rather than a true bête noire, the nagging tug in McQueen’s consciousness about how he can’t run with the new kids.

The passage of time is the true antagonist of Cars 3. It has robbed McQueen of his champion stature, and it’s also taken his mentor, Doc Hudson (the late Paul Newman, via unused audio from the first film), whose memory carries the movie’s emotional heft. Cars 3 deals with this fact of life in the most graceful way it can – by setting up a new generation to keep racing from being a soulless, profit- and glory-driven chore. Although it doesn’t have the heart and quirkiness of Cars, it is a worthy sequel and a decent apology for Cars 2.

Although it doesn’t have the heart and quirkiness of Cars, it is a worthy sequel and a decent apology for Cars 2.