Media > Comics > Casting the Justice League Movie Like The Avengers 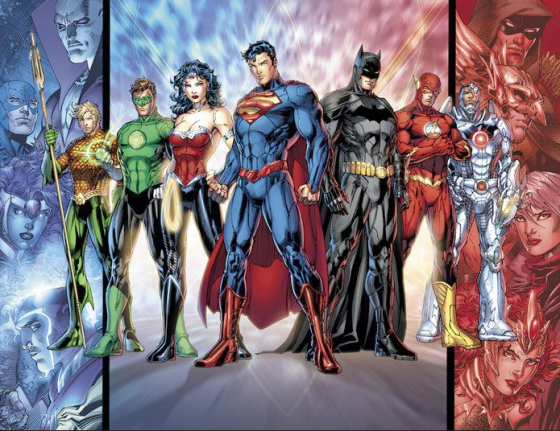 A Justice League movie has been announced for 2015, but as of yet, cast decisions have not been announced. Imagine if a gathering of those DC Universe heroes resembled Marvel’s The Avengers. Using The Avengers as a template, we are using the last known incarnation (or intended incarnation of a character) on film or television to picture how the Justice League movie will be cast. We have found that the cast is mostly young and vibrant as well as marketable to a mass audience. Of course, Warner Brothers is probably not reading…

This one will take a little bit of work. Jack Kirby originally based Darkseid on Jack Palance and Richard Nixon. Both Jack Palance and Richard Nixon are dead. Darkseid actually possesses others in the television show Smallville. So, we have to kind of go with a replacement on this one. Jack Palance was the original choice for the Klingon Chang in Star Trek VI: The Undiscovered Country. Palance had to finish doing City Slickers and declined. Christopher Plummer stepped in and played the evil alien role. If Plummer would be so kind again, then Darkseid would have a certain air of regal menace.

Before Justin Hartley played Oliver Queen on Smallville, he was Aquaman on the same series. There was even a pilot made for a potential Aquaman series starring Hartley. Interestingly enough the series would have also featured Ving Rhames. This would make Hartley the most recent version of Aquaman but not the most recent version of Green Arrow. This allows both to potentially take part in the movie.

In the very early 1990s, John Wesley Shipp starred as The Flash in a short lived but fondly remembered television show. A new Justice League movie would give Barry Allen a chance to be sort of the elder statesman of the group. He would also fill the scientist role that generally moves along the plot of these types of films. Interestingly enough, Shipp's Flash would probably have creaky bones and still be the fastest man on the planet.

Ryan Reynold's turn as Green Lantern had some admittedly mixed reviews. However, Reynolds has proven himself in other roles. The character might actually serve better in a limited role. Ideally, Reynolds and Amell would have a chance for the classic buddy cop interplay that made their comic appearances together so memorable in the 1970s. Reynolds as Jordan and Shipp as a weathered Flash would also make a good combination for witty conversation.

Adrianne Palicki never was really allowed to get out of the gate with the Wonder Woman television show. The costume was almost instantly panned and the series was deemed too expensive. This does not mean that Palicki would not necessarily make a good Wonder Woman. It just means that by and large, we have not had a chance to see her yet. After all, there is a lot that can be done with wardrobe.

Henry Cavill will star as Superman in next summer's Man of Steel. Appearances in the movie by Brandon Routh, Tom Welling, and Dean Cain in smaller but compelling roles would not go unappreciated. A Dean Cain Plastic Man seems particularly intriguing. Cavill fits into the overall youthful mood of the cast. The early buzz about the Man of Steel is positive as well... except for that whole handcuff picture.

A Justice League movie would be the perfect avenue to introduce Robin John Blake as Batman. It is hinted at the end of The Dark Knight Rises of Blake assuming the mantle. This puts the character of Batman in the odd position of being established hero and trying to establish himself to the other heroes. It could also potentially allow for cameos by Michael Caine, Anne Hathaway, and Christian Bale while not having Bale technically in the ensemble.