Media > Television > Cast of The League Calls Out the NFL

Cast of The League Calls Out the NFL 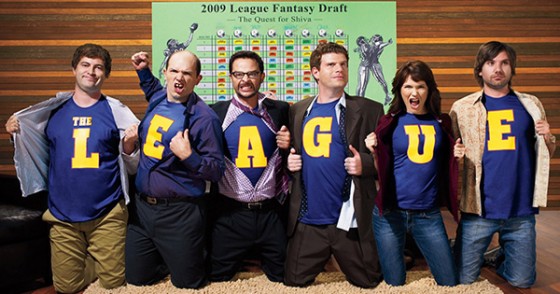 While NFL owners and the Players Association continue to bicker over chunks of a golden brown money-filled pie, millions upon millions of fantasy football enthusiasts are full-on panicking they won’t get to wage fake war with friends and family this fall should the football season be canceled.

Rather than draft the likes of Michael Vick and Calvin Johnson, owners of fictitious teams with names such as “Belichick’s Ball Sack” and “Roethlisberger’s Rapers” might be forced to spend time with their shrewish wives and annoying kids. This sort of tragedy can’t happen, which is why we the fans must do all we can to ensure the greedy parties involved reach an agreement prior to September.

Joining in this fight for justice is the cast of FX’s brilliant comedy, The League. Regardless of whether or not the powers that be solve their labor issues, The League wants all the world to know they will be back this autumn with another season of ribald antics and madcap frivolity. However, as the following PSA shows, they aren’t afraid to make a few demands of their own.