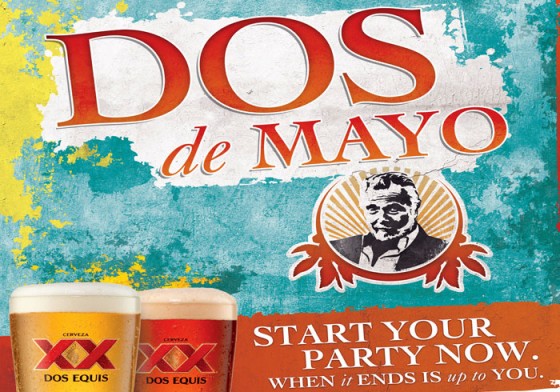 Sadly, for the second straight year, Cinco de Mayo falls on an awful day of the week for celebrating. To save everyone’s party from having a “case of the Mondays,” Dos Equis and The Most Interesting Man have declared this Friday, Dos de Mayo, the official kick off to a weekend full of celebrating Cinco properly. Allow the man to deliver the message himself, with a bit of innuendo :

To get the party started in proper style, Dos Equis has introduced a ready-to-serve lager margarita. Inspired years ago by bars in San Antonio, Dos Equis is launching Dos-A-Rita®, made with 100 percent real Agave nectar and Dos Equis lager beer. The same recipe that created a local legend will now be available outside of TX for the first time in select regions starting this month. 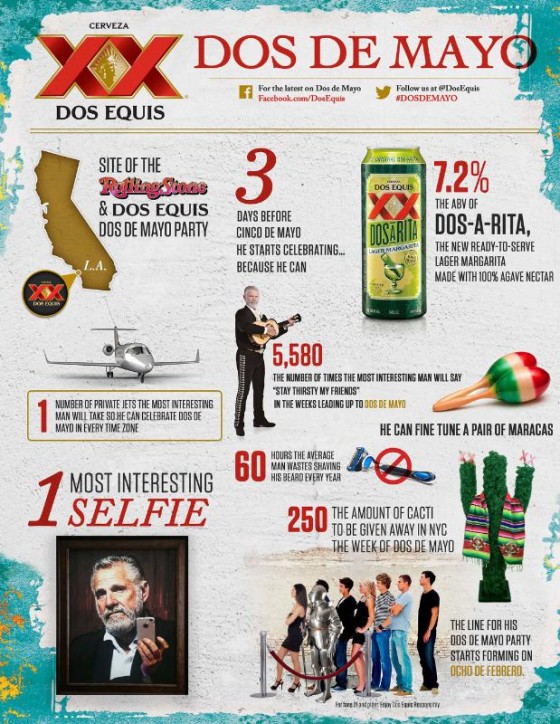 UPDATE : On Tuesday those 250 Cacti were given out in NYC by the Most Interesting Man in the world himself. Check out a local news report about the festivities :