Today is National Lemonade Day! This might make you think of things like little kids with card tables and signs mixing lemony-flavored Kool Aid and ice. Not us. It makes us think of cocktails. Fun, delicious, rum-infused ones.

If you think like us, then don’t worry. Our friends at Cruzan Rum have our backs. They introduced a new rum in April called Blueberry Lemonade and with a couple of recipes, you can mix it up to make some great National Lemonade Day treats for your deck party. Because if you use Blueberry Lemonade Rum to mix a cocktail, then it’s technically a type of lemonade too! Drink one of these while you watch the neighborhood kids try to squeeze lemons and work out how much 5 cents is now, after inflation. 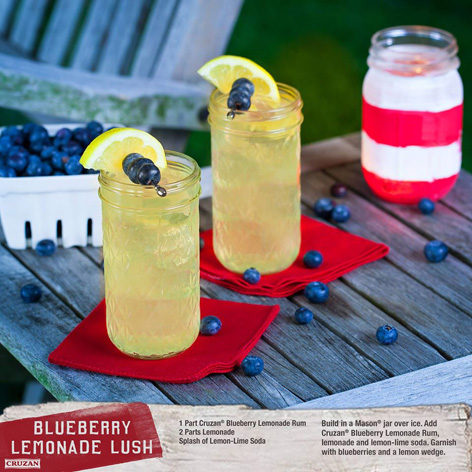 This recipe is the closest to a traditional Lemonade, with some of that Blueberry Rum goodness mixed in. Build in a Mason jar over ice. Add Cruzan Blueberry Lemonade Rum, lemonade, and lemon-lime soda. Garnish with blueberries and a lemon wedge. 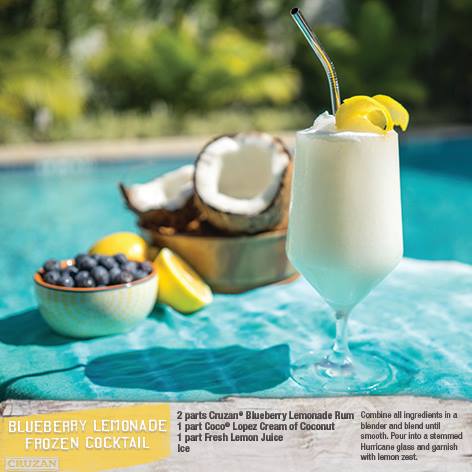 Want something a little more tropical? This one’s a little more fun. Put the following ingredients into a blender and blend until smooth, then pour into a stemmed hurricane glass and garnish with lemon zest. 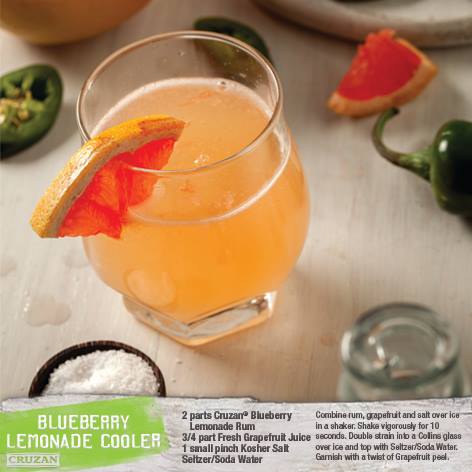 This is also a bit traditional and can be made on the fly, quick and dirty, for some fast refreshment. Mix the following into a shaker and then strain it into a cup with ice, topping it off with club soda. 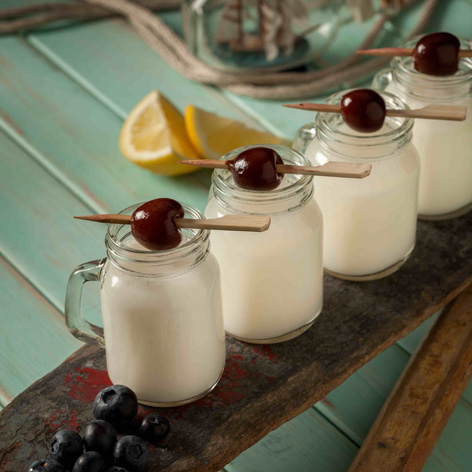 This one is a simple recipe that can be made on the fly to please any number of guests. Combine the following into a shaker, double-strain into a shot glass and garnish with a maraschino cherry and grated cinnamon. 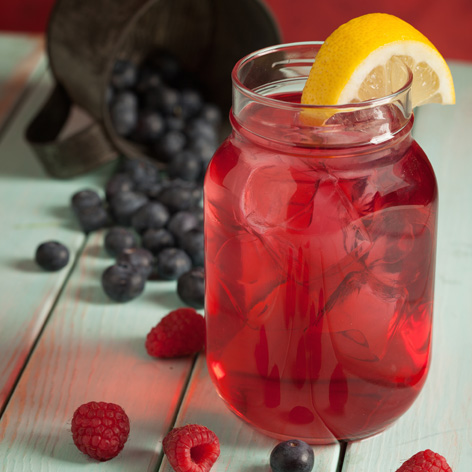 For this one, you’re going to need a few simple ingredients and a tall glass filled halfway up with ice. Into that glass, mix the following ingredients, then stir and garnish with a lemon wedge or some blueberries.