Celebrities Falling : A Celebration of Videos 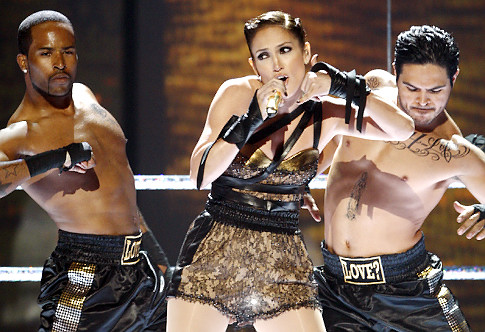 As we saw during J-Lo’s live performance at the American Music Awards, even the rich and famous can fall down and make a fool of themselves.  Here we go with ten hilarious on stage falls featuring some very well known singers and celebrities.

What’s better than watching a total douche slip and fall on stage while performing one of his douchey songs? That’s what I thought. Kudos to Robbie here for keeping his wits after the fall, though.

No idea who this is or what he’s performing, but it sure is funny to watch.

This might be the only watchable moment in the history of Tyra Banks’ daytime career.

Recently retired Aerosmith front man Steven Tyler probably took quite a few tumbles back in the day when he was crushing 40’s of Jim Beam for breakfast. Here he’s more than likely just a victim of his old age.

Beyonce has slipped or seen her girls fall down so many times that she’s become number one at picking herself up and acting like nothing happened.

What is Carmen Electra? An actress? Host? Model? Who cares, just watch her fall.

Mya’s fall here looks much more graceful than this tapping number she’s performing on stage. She gets off easy for acknowledging her slip.

Long before her AMA mishap, J-Lo thought it would be a great idea to perform on one of those flat escalators that they have in airports and grocery stores. Didn’t anyone tell her that these things can be dangerous?

There’s probably a great number of jealous men out there who’d be happy to see J.T. fall down. Only Timberlake could take an accidental tumble and land perfectly positioned for screaming girls to grab his balls.