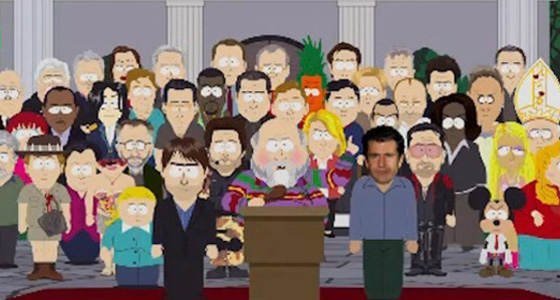 One of the best parts about making a cartoon series is if you want a celebrity on your show, you just have to draw them. There’s no dealing with booking agents or working around a celebrity’s busy schedule. Just put pen to paper and poof you got them. South Park has been doing it for years. The series has boasted more celebrity guest stars than the LA County Jail. The series has had some really huge names, stars that other shows would give their left arm to feature,  like Tom Cruise, Michael Jackson and Bono. Lucky for the guys at South Park, they can get the celeb and don’t have to put up with the ego. The following gallery highlights some of our favorite celebrity impersonations over the years.