Media > Celebrities > Celebrity Mug Shots: A Gallery of the Rich and Infamous

Celebrity Mug Shots: A Gallery of the Rich and Infamous 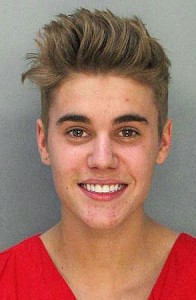 One thing we never understood is why they film COPS exclusively in trailer parks and ghettos. There are just as many crimes being committed in Hollywood and the criminals are much more attractive. We have another idea for law enforcement. Next time you need a line-up, you can just take the witness to a Hollywood premier and have them pick the perp from the red carpet.

Just to show you how much crime is going on in Hollywood we created this gallery of celebrity mug shots highlighting some of the most famous felons in their most unflattering poses. Most of them don’t seem nearly as happy about getting arrested as Justin Bieber appeared to be.