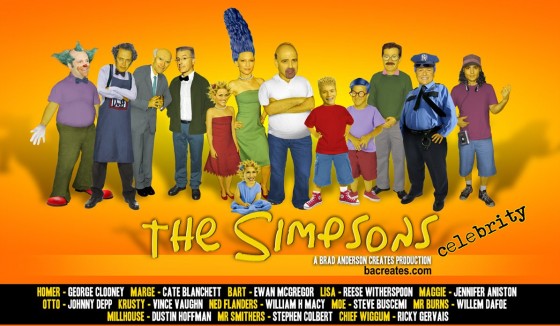 Two weeks ago we brought you Springfield Punx, with dozens of characters Simpsonsized. Today we have something a little different, a collection of wonderful photoshop images of a real life cast to the Simpsons. Created by Brad Anderson, the Celebrity Simpsons cast features:

Dude spent countless hours putting these together, so respect the skills. Thanks to Popped Culture for the heads up on this, enjoy the images: