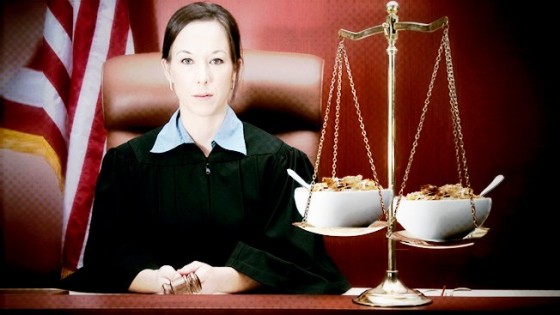 Yeah, you read that right. For some reason people have found it necessary to spend ridiculous amounts of time and money attempting to defame cereals. Why? Well, each incident seems to have its own reasons, most of which seem to revolve around the ingredients and why said ingredients are so terrible. Apparently the boxes and names thereon are really confusing to some folks. I mean think for just a second if the cereal was called “Box O’ Nails and Bees” and inside were nails, and, surprisingly, bees. Would you expect anything different? Well, evidently some people do, hence their frivolity and useless lawsuits toward cereals where, once again surprisingly, sugar plays a dominant role. Check these out: 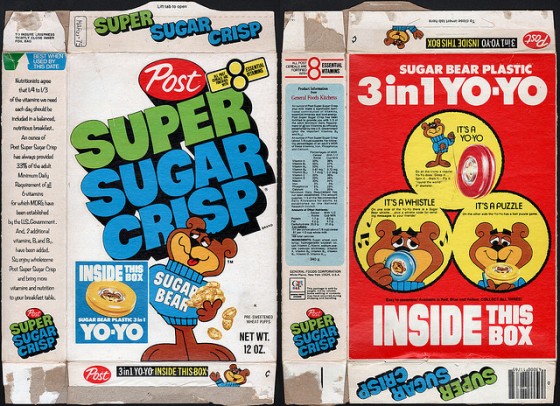 In a complaint originally filed way back in 1977 in California against particular Safeway stores, residents showed concern that many cereals from Post were purposefully and negligently aiming their ad strategies at susceptible children. No... really? This can't be serious! Oh, but it is. You see, apparently since young kids (surprise, surprise) watch TV and want everything they see (up to and including delicious food items), the parents shouldn't be held accountable when 'NO' doesn't cut it, but the ad agencies and cereal manufacturers should because they are both selling and filling the sugared product. Sounds familiar, right? Parents are always bellyaching because they want to pawn off their responsibilities on things other than themselves.

Oh, but the best part is some of the verbage used in the lawsuit from the folks who filed and, obviously, the lawyers. Check these out:

Anyway, it goes on like this and just keeps getting sillier. Click the link up there and be prepared for frivolity at its finest. 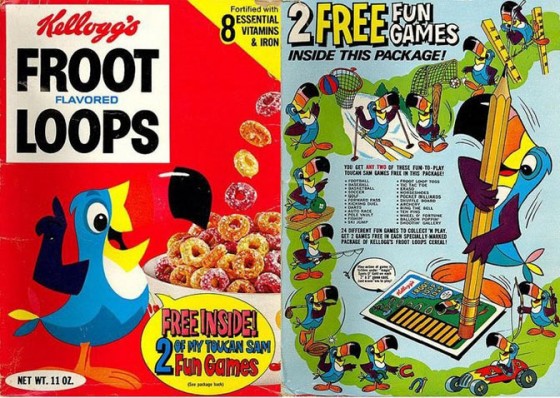 Froot Loops seem innocuous enough, don't they? Toucan Sam is always more than helpful leading us by the noses to the delicious and fruity taste of those colorful O's! Hey, it ALWAYS knows, right? Well apparently not. Back in 2009 someone finally stepped forward and said, 'Hey! This shit isn't really FRUIT! There's no ACTUAL fruit in this? What the hell's going on here?' and filed a lawsuit. Probably just like that, because this person was a complete moron. Roy Werbel was this particular customer's name and the real problem started when he actually believed that, weirdly, the name Froot Loops led him to believe that FROOT is a thing and that it's nutritious and in the cereal. First of all, Froot isn't even a word, let alone a thing. But this guy, Roy, assumed that Froot = Fruit. Fair enough. I guess I can also believe Slim Jim's = meat. They don't, but hey... Oh, did I also mention he ate Cap'n Crunch Berries because of the same thing? Yikes. 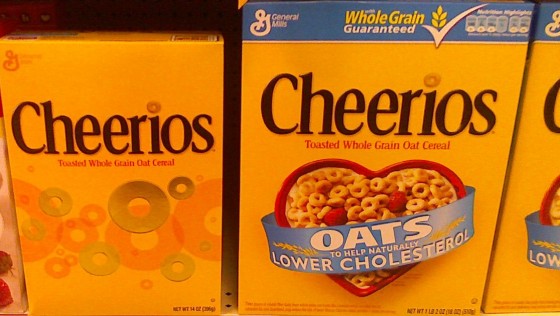 Everyone knows that Cheerios are pretty magical when it comes to cereal that is actually healthy. They're whole grain, which is always a plus, they are perfect for babies and toddlers as not only a safe snack but for great eye-hand coordination, and they just plain taste pretty great for not being pre-sweetened or loaded with marshmallows. So what's the deal this time? Well, evidently General Mills was being told it couldn't inform consumers that their product was a potentially good way to lower cholesterol because the claims weren't exactly proven by the FDA. So, in 2009 a judge both found for General Mills and the annoying consumers and their wanton desire for winning. Basically, though General Mills had already altered its labels, they had to make sure they were more careful. As for the people? They were told to shut up and were not issued refunds. Because they were just being greedy bastards. The end. 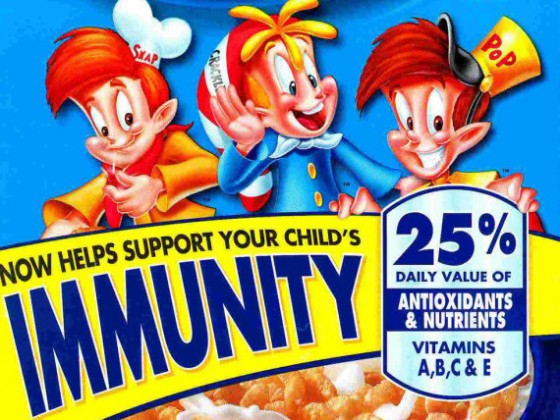 Over the past few years, cereals that are obviously made from more than just pieces of candy have begun claiming health benefits. We've seen things like cholesterol lowering abilities, making kids' brains smarter, and even building muscles. But one of the more odd ones is a cereal's power to aid in buffering your immune system, or the body's ability to remain healthy. Kellogg's is a big proponent of this particular claim, and for a while it plastered the label all over its boxes of Rice Krispies, because they are made from things that aren't jelly beans and circus peanuts. Yeah, well, guess how well this went over with a bunch of people? Badly is the answer, because according to a Class-Action Lawsuit, this was an erroneous claim to say the least. Again we have an issue of this particular health benefit not being tested by the FDA. So, once again, rather than just take doctor-prescribed vitamin supplements instead of relying on three cartoon breakfast elves to tell you how to regulate your body, it was time to sue. And hey, the winners got five bucks! Nicely done. 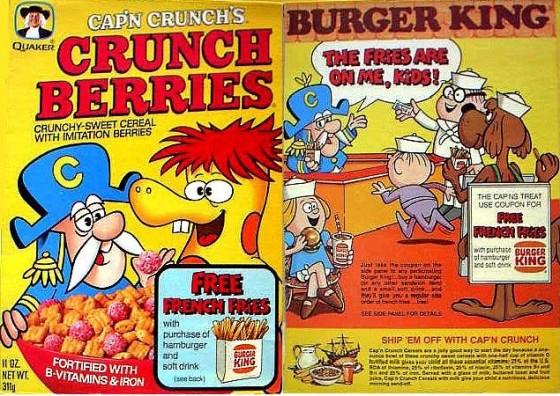 Let me start off by printing a quote here from the Judge who ultimately dismissed the case I shall elude to in mere moments:

“a reasonable consumer would not be deceived into believing that the product in the instant case contained a fruit that does not exist.”

Exactly. Sadly this Cap'n Crunch lawsuit does not include anything about the sailor's questionable naval rank (Cap'n is just below Gen'ral, I believe), or the fact that his cereal product, when consumed, has the tendency to utterly decimate the inside of your mouth due to it's sharp, jagged materials and wicked corners. It does, however, point to the fact that someone else (see the Froot Loops entry) believed that Crunch Berries were somehow and actual, grown, earthly fruit. This one also happened in 2009 and is also patently hilarious. Has this person never seen Willy Wonka and the Chocolate Factory? There are no such things as Snozzberries, but I'm willing to bet she had a lawsuit for the snipe hunt she went on trying to find those things, too. As I quoted in the opening, it was dismissed. Some people... 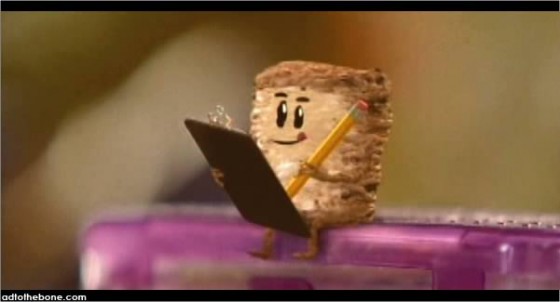 Here we go again. And this time, it's the cereal itself that speaks directly to you on the TV! Not a doctor, not a doctor dressed as cereal, not even a doctor eating the cereal, but actual, honest to goodness TALKING CEREAL. This seems like the most legitimate place ever from which to take nutritional advice, don't ya think? I thought not. However, as I said before, some people are natural-born idiots and when claims are made from animated food that might not be as true as you'd otherwise think, well, that's just lawsuits waiting to happen. So, according to this Class-Action pile of shit, certain parents believed in our innocently talking breakfast food and that, possibly, eating a relatively healthy cereal might just make your kid Braniac and Superman at the same time! Almost in the same way a plastic cape might make you fly! As it turns out it doesn't, and, apparently, Frosted Mini Wheats and their cartoon biscuits don't likely have that incredible of nutritional value, either. Well, Kellogg's stood by its claim, and, therefore, avoiding public shunning, paid out to the Class-Action. They have lawyers, too. Probably smarter ones who ate cereal before court.