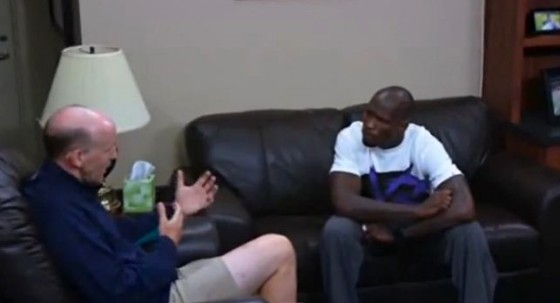 If you’ve ever been fired from a job, then you probably understand exactly how Chad Johnson felt in his meeting with Dolphins head coach Joe Philbin. Even if it’s totally deserving, nobody likes to be handed their walking papers. HBO’s Hard Knocks was there to capture the uncomfortable exchange for episode 2. Stay tuned for four minutes of awkwardness.

Ouch. For a minute there, Chad clings to the glimmer of hope that he won’t be cut. Then Philbin passive aggressively lowers the boom. Don’t worry, Chad. Seattle is always looking for aging wide receivers with behavioral issues.