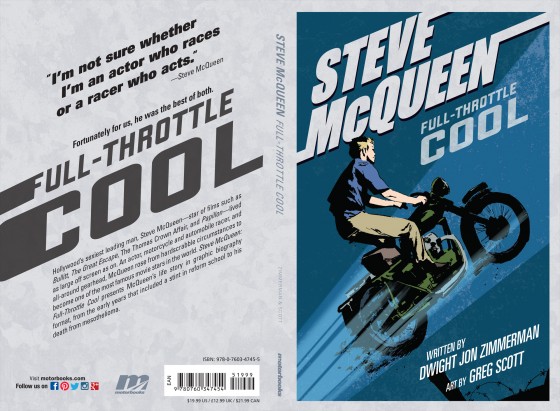 “I’m not sure whether I’m an actor who races or a racer who acts.”

That statement sums up Steve McQueen, the Hollywood legend and well-dubbed King of Cool. In this new biography, McQueen’s life is immortalized in graphic novel format in a way that will engage and inspire readers of all walks. The novel was written by Dwight Jon Zimmerman and the drawings are from Greg Scott. Both names might be familiar as Zimmerman is a well-known graphic novelist and Scott has drawn for every major comic house you can name. The graphic novel is Steve McQueen : Full-Throttle Cool. But this article isn’t about the book. Not really. It’s about chance encounters. The book just happens to be part of that. A central part, sure, but not the whole. 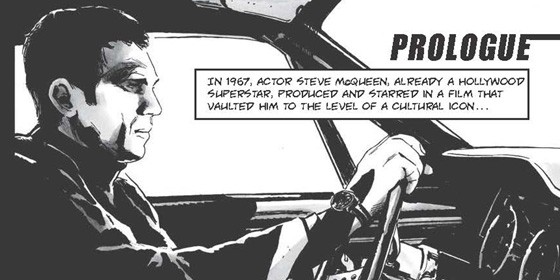 When this book arrived, I was hectic, trying to finish several projects at once and juggling everything that goes with real life. So I put it aside for a few days, figuring I’d get to it when I had some time. That time came when I boarded a plane for a three-day business trip that would turn out to be highly fortuitous on several fronts. One of the results of that trip, by the way, was my meeting Phil and beginning to write here at Gunaxin. Again, chance encounter, and side note to the story. 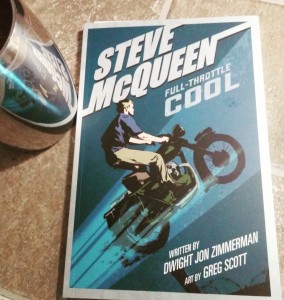 I boarded my flight, settled down in my window seat, and waited for takeoff. Then, coming down the aisle, was a young lady and her mother, both of whom looked confused. It became apparent that English was only a fleeting second language to them and that they weren’t sure where their seats were. Turns out, mom was a row over and the daughter was next to me. Everyone settled in and the stewards started their spiel. The girl dutifully pulled out the safety card and began puzzling over the pictures and words. I could hear her softly sounding out the words in English as she stared them down.

Once the flight was underway, she continued with this, now with the In Flight magazine. I pulled out Steve McQueen and got set to read some Full-Throttle Cool. She glanced over as I did so and I got an idea. I offered half the book and asked if she wanted to read along. Her mother looked over, daggers in her eyes, protective of her daughter. I smiled and asked the girl if she wanted my help with her English. “We could read the book,” I gestured. 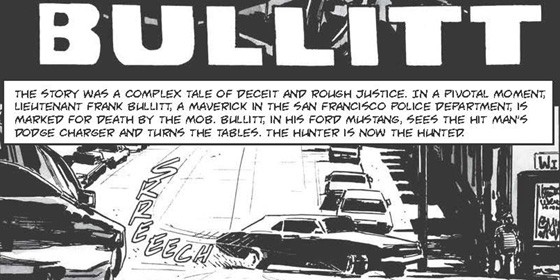 So for over an hour, I shared this graphic biography with a French girl, reading the words to her carefully as she followed along. She began reading them too and eventually she read the last chapter of the book herself, out loud to me as I followed. I learned more about Steve McQueen, one of my favorite actors and definitely one of the all-time coolest men to have ever lived. A French girl learned a little more English to help her on her journey. As we left the plane, her mother said some thanks and shook my hand. The young lady gave me a light hug and we parted. I headed for my hotel, they headed to wherever they were going. Those are the chance encounters that make life memorable. 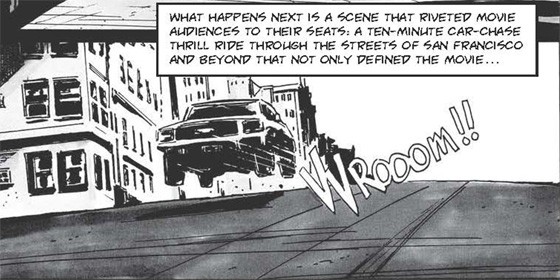 Then it dawned on me. I’d just had one of those “Holy crap, this only happens in movies” experiences. Thinking about it, the scenario was every man’s dream. An airplane to distant locales. A French girl, shy and stumbling with her English in a fetching accent. Me, the manly man offering to help. A book about Steve McQueen. All that was missing was some wine and a fade-away as we embrace, the lights getting low.

Or maybe I just watch too many movies. Anyway, pick up Steve McQueen : Full-Throttle Cool, and cool things might happen to you too. At the very least, you’ll find out how awesome Steve McQueen was.