Media > Comics > Characters Made Worse by a Backstory

Characters Made Worse by a Backstory

Clint Eastwood’s immortal “Man With No Name” was a legendary character out of nowhere. He showed up and was simply badass. Get on his wrong side you would end up dead. The best his name associates could come up with was “Blondie.” Even that sounded like a badass appellation. The lesson? When making a badass, less history is more. The following are examples where they completely screwed up that whole concept. 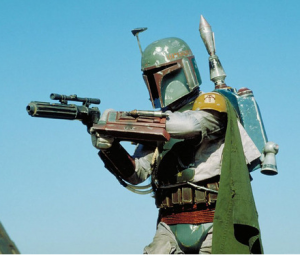 Let's examine something for just a moment. What exactly made Boba Fett such a supreme badass? He had an awesome costume and was universally touted as the best bounty hunter in the galaxy. Beyond that, he was just a badass. Up until the beginning of Return of the Jedi, that was all you needed to know. Boba Fett the badass starts to die in our minds the minute he starts to get digested by the Sarlaac Pit. That was officially the lamest death this side of ... well, every single rocker from the 1960s who died young.

Okay, so Boba Fett had a bad day and woke up dead. At the very least, Fett was a badass with an air of mystery up until that point. Fett had the kind of sexual magnetism that drives slave girls everywhere wet and wild. He was a 90 percent badass and  being a 90 percent badass is better than not being a badass at all. Being a 90 percent badass lasted for Boba Fett up until you saw Star Wars Episode II: Attack of the Clones and was treated to Fett's backstory. There was still wiggle room for Fett to be cool. If Fett was around for the prequels, then the Fett of later legend would have been an old gunslinger. Fett would have been Clint Eastwood in Unforgiven when he showed up in The Empire Strikes Back. How cool would the following exchange have been.

What happened? Boba Fett is not even an original badass. Fett is actually a clone of a better badass named Jango Fett. In theory, you can make a unaltered clone any day of the week and just wait for him to wake up. Even worse, Boba Fett as a kid has all the personality traits of that Toady in A Christmas Story who goes crying home to Mommy when Ralphie punches him once in the nose.

In short, you are not a legendary badass if you can be copied. Recreating Boba Fett is easier than the quest to make a living Woolly Mammoth. You could have left Boba Fett at twelve minutes of film in Empire and he would have been a badass forever. Did he need to be in Jedi? What bounty hunter stays around a sold prize just to make sure that it's kept by the guy who bought it? That's not a badass. That is a skit from Saturday Night Live in the 1970s where John Belushi won't leave the house. Boba Fett captures Han Solo. Boba Fett leaves to do God knows what in the universe. You never know if Boba Fett will come back or who he was in the first place. Now, that would have been badass. 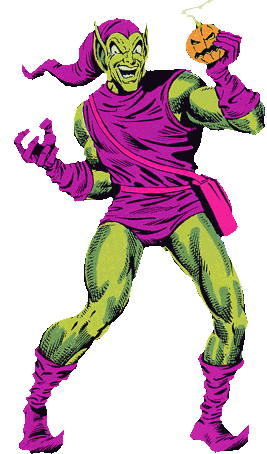 The only thing worse than making The Green Goblin Norman Osborn was Stan Lee's original idea for the Goblin's identity. Lee's idea was to have the Goblin be a living demon that emerged from a coffin in Egypt. Yes, that was the idea. Steve Ditko argued that the Goblin should be a real person in a mask. Ditko reportedly left over the decision to make the Goblin Osborn. There is a little disagreement and Ditko gives fewer interviews than J. D. Salinger did. At any rate, Ditko wanted the Goblin to just be a regular guy. If they had run with that idea, there is an additional level to the story that may have been really compelling.

Imagine if the Green Goblin's identity had never been revealed. Imagine if the Goblin still figured out that Peter Parker was Spider-Man (like he did in the comics.) The death of Gwen Stacy as well as  the Goblin's death could still have happened. Now, think about if the Goblin's mask was taken off after he was dead. There is a strong possibility that the Goblin would not be carrying any type of identification. How badass would it be if the Goblin died and there was still no one that could identify him?

The ultimate would have been if it was planned all along. They could have come up with an average face for the Goblin near the beginning of the comic book run of The Amazing Spider-Man. They could have inserted the unmasked Goblin into background scenes for years casually following Peter Parker. Comic fans could have gone back and obsessively found him. That would have been one of the most badass comic discussions of all time. Instead, we have the Goblin as secretly being a millionaire industrialist. Yeah, that never gets used as a secret identity... 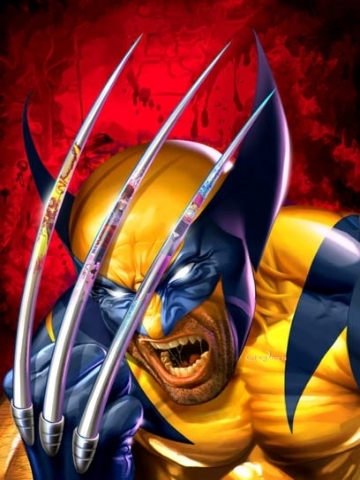 If anyone can recite the origin given to Wolverine off the top of their head, they might even impress a comic book geek. It had something to do with being a kid in the nineteenth century living near a guy that looked strangely like Sabertooth. Discovering you have bone claws coming out of your forearms and an incredible healing power became a part of puberty. Basically, if you are going to give Wolverine an origin, it should carry as unshakeable an impression as a young Bruce Wayne standing over his dead parents. Otherwise, there is no reason to tell the tale at all. When Wolverine didn't have an origin it was interesting not only from a character standpoint, but also from a speculation standpoint.

His Swiss cheese memory as well as obscure clues given over the years made him a canvas that every comic book writer could paint on. You wondered how Sabertooth knew his birthday every year. Sabertooth also took that opportunity to attempt to kill our friend Logan...every year. There was even a story where a young Wolvie was a Mowgli character in imperial India. Logan, as a grown man, could be shown fighting alongside Captain America ... in World War 2. The little bits and pieces as well as the not knowing made Wolverine awesome. Then they gave Wolverine an origin... which no one can remember and ruined the best part of the character. 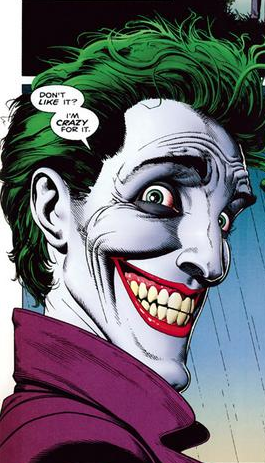 Do you know why the portrayal of the Joker in The Dark Knight is actually superior to the portrayal of the Joker in 1989's Batman? Jack Nicholson versus Heath Ledger can be argued all day long. The true difference has to do with the questions the Joker asks of his prey. Nicholson's Joker asks, "Do you ever dance with the Devil by the pale moonlight?' Ledger's Joker asks, 'Do you know where I got my scars?" Ledger's Joker actually offers a few different explanations for the scars. Burton's Batman combines the Joker with a character named Joe Chilton to create the alter ego of Jack Napier. Chilton (also called Joe Chill) was the original killer of Bruce Wayne's parents. Napier then got saddled with the comic book origin of the Joker being the Red Hood. In the comics, the Red Hood was dropped in a vat of acid by Batman (accidentally). The Red Hood is never given a name, but the character emerges as the Joker. In The Killing Joke, the Red Hood is revealed to be a struggling comedian. Of course in the same comic, the Joker says that a past is better if it is "multiple choice."

The Joker is made more chilling in the Dark Knight because the Joker maintains the same mystique that he originally had for the first two decades of his existence. No one knew where he came from. No one knew why he was an eternal clown. The Joker simply emerged the way that the Joker was. He was insane without any type of explanation. The human mind has a need to know. We need to understand. Every time there is a school shooting or a divorce, the first inclination is to have a reason. No matter how messed up the reason is, we need it in order to move on. Without the reason, we go a little mad. We need the story.  Insanity unexplained is very uncomfortable to an audience, but it's also glorious. 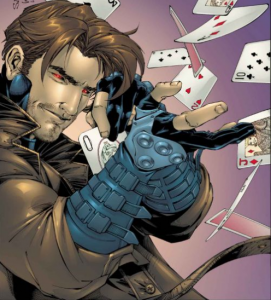 Gambit was a thief with a dark past. Remy was also a southern scoundrel who possessed a possibly unlimited super power. Like most of us, Gambit used his power strictly for personal gain. Wouldn't you? There was endless speculation as to the nature of Gambit's dark secret. This made Gambit even more of a sexy character. Eventually, they told Gambit's dark secret. He essentially organized an extermination squad and was present during said exterminations. Keep in mind that Gambit did not actively slaughter people. There is also the fact that he could not stop it.

Anyone else with this particular backstory would be known as... a Nazi. There is a subset of people who consider Nazis to be sexy. There is also the overwhelming majority of people who consider them to be total monsters. Not only was Gambit a better character without the secret known, the actual secret turned him into a reprehensible monster. There have been a few rehabilitating ret-cons since then, but turning one of your best characters into the creepy old guy from Apt Pupil? Yeah, good call.