If you’re going to make a show about a chemistry teacher who became a mega kingpin and turn that premise into the most intense show on television, you’re not going to make it work without a capable villain. Gus is as convincingly dangerous as the narcos you read about in the news, yet as the owner of the local Superpollo chain, he’d fit in just about any Southwest town in America as a reserved local business owner. Plus, with his stoic demeanor, he redefines the phrase  “cold-blooded killer.” This is a character who will be greatly missed. 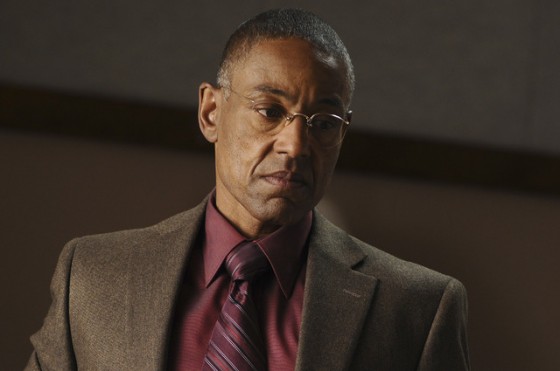 Maybe Parsons never deserved a second Emmy over the departing Steve Carell, but few characters have become so recognizable and such a crucial part of the show. The robotic, Asperger’s-inflicted Sheldon could easily be a one-note character in lesser hands, but with Parsons there’s a lot of subtlety and a few heartfelt moments. His budding friendship with Penny, his sort-of girlfriend Amy, his merciless rage at anyone who dares sit in his place on the couch are just a few of the ways the very predictable Sheldon becomes such a fun force of nature. 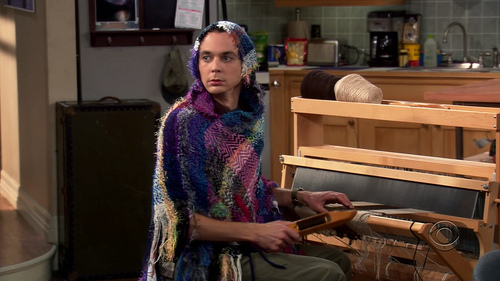 Originally written in the first season as “the other guy” that Ann Perkins is with until she comes to her senses and realizes that she’s with a creep and moves on to a better guy. At this point, it’s hard to imagine Andy being kicked to the curb by anyone. With his disarming earnestness, he is impossible to resist. His naiveté also gives the show some of its best lines.  This year, Andy’s wedding (to another great character in April Ludgate) was the exact opposite of the sappy love fest that you usually see in TV sitcoms. In other words, the best sitcom wedding ever, and one you could see Andy being a part of. 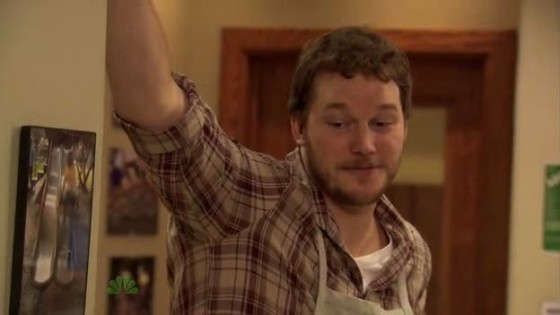 Based on a real-life railroad baron, to call Durant a villain or a hero is to do him a disservice because his moral compass is so far gone that he only cares about accomplishing his mission of getting to the Pacific. When he does something like lodge additional arrows into dead corpses to sensationalize their deaths for a visiting journalist, you just want to watch how his brain ticks. 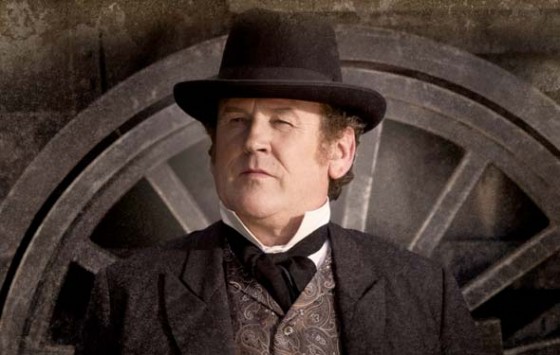 Is it the sin of a TV critic to not have seen everything or to pretend he has seen everything when he hasn’t? What this reviewer is trying to say is that he hasn’t seen Homeland. However, Claire Danes playing a female version of Jack Bauer following a conspiracy theory that a released POW is a Manchurian Candidate sleeper agent and going on to sleep with said candidate? This reviewer can’t imagine Carrie Mathison would rank anywhere below fifth. (Ed. Note: Homeland and Danes are both awesome.) 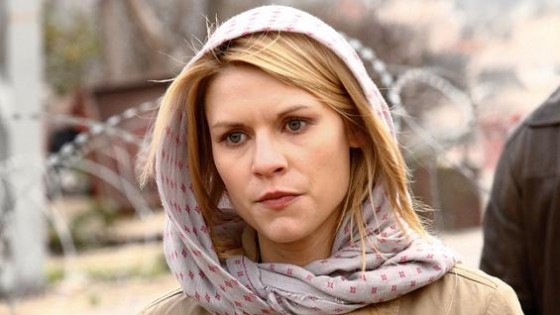 It’s unlikely that anyone as nutty as Zooey Deschanel’s Jess exists in real life; She invents theme songs, dons various voices and her idea of an innocent faux pas is accidentally threatening her roommate’s prospective one-night stand with a knife. But man, is she fun to watch. Deschanel gets a free pass for life as far as I’m concerned. 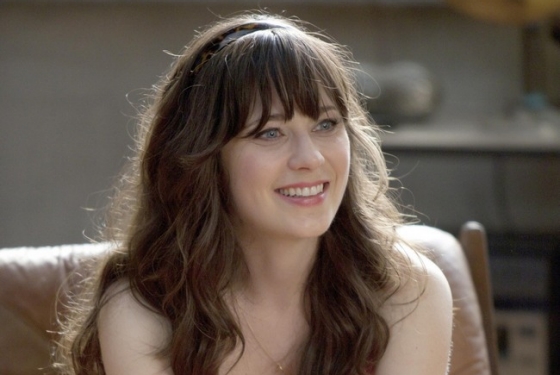 Don’t be fooled by his macho exterior or his crass former persona as Al Bundy. O’Neill can be a teddy bear and his tightroping between sediment and gruffness is the glue that holds Modern Family together. When he gets mushy about his grand kids, there’s not a false moment there. 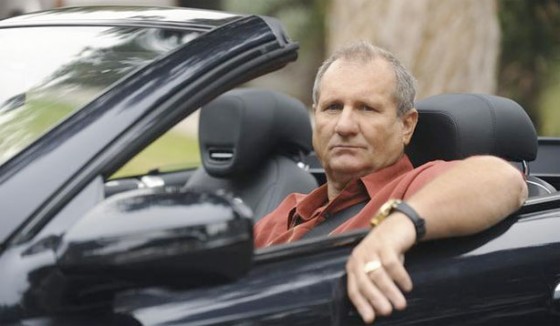 Remember the days when Roger’s only special alien ability was to poop gold? Now Roger can transform himself to just about anything. What’s admirable about the show is that Roger’s been held back and restrained a little bit. 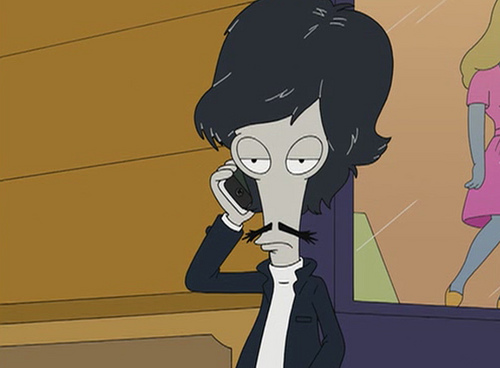 Reading off seemingly ridiculous lines on a teleprompter with a straight face doesn’t seem too difficult at first glance, but Alvarez is a major part of making the Onion News Network hilarious. This year, the program got a lot of extra mileage out of giving Alvarez various storylines: her newfound struggle with singledom,  her mustache-twirling evilness as she develops a seething jealousy for co-anchor Brady O’Shaw and his humanitarian ways, and her resurfaced memories of being used by the Russians cosmonaut program as a space experiment. 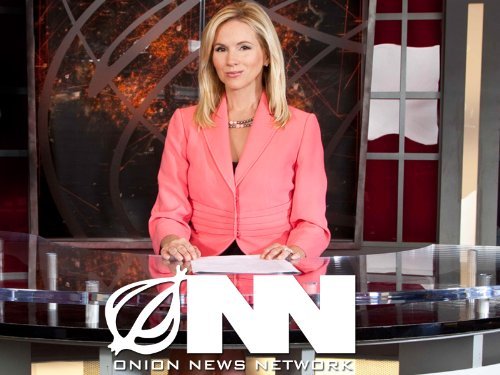 The day has finally come that this reviewer isn’t turned off by seeing Kelsey Grammer on-screen because it feels like what I’m seeing is too Frasieresque. Grammer really pulls off something here. Kane’s hard-nosed mayor (pretty much because there’s no other way to be mayor of Chicago) with a secret to hide might be the next Don Draper/Walter White if given time. 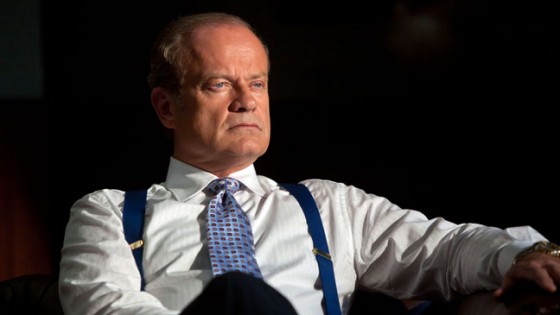 The head of a second-rate espionage outfit, she’s the boss you don’t want to mess with, a worthy adversary for a terrorist crossing her path, and your worst nightmare if you’re in possession of a sex tape of her. Unless you’re her son, in which case, she won’t stop nagging you. What makes Mallory work so well is that underneath her take-no-prisoners persona are tiny little moments of genuine care for her son. She might accidentally have shot Archer in the chest, but hey, it’s more than we ever saw from Lucille Bluth. 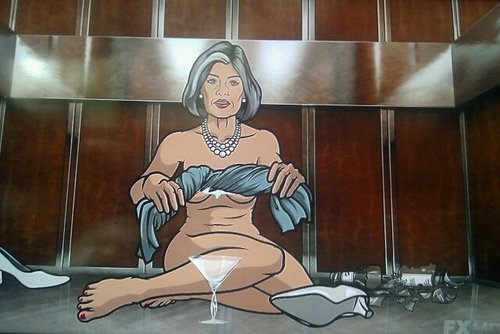 Ed Helms and newcomer James Spader had big shoes to fill after Steve Carell departed. While the reviews on the post-Michael Scott era have been mixed, this reviewer finds Andy a refreshing change of pace akin to a spin-off. Whereas Michael was starving for attention just because he wanted to be the most popular funny guy in the room, Andy just wants to be a good boss. The result has been a series that’s a little bit more grounded and organic. Go Nard Dog! 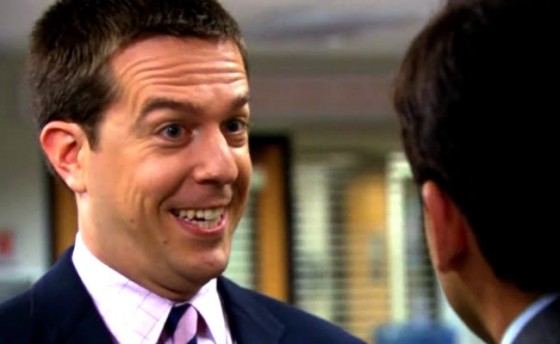 Santana’s struggle as an acerbic cheerleader with little more than a lesbian crush on her best friend is practically the only storyline on Glee that hasn’t been riddled with plot holes or melodrama. Rivera’s one of the characters (along with Michael Chang and Brittany S. Pearce) that had little to do for the first season and it’s served all three of them better as some of the original story arcs have faded out. 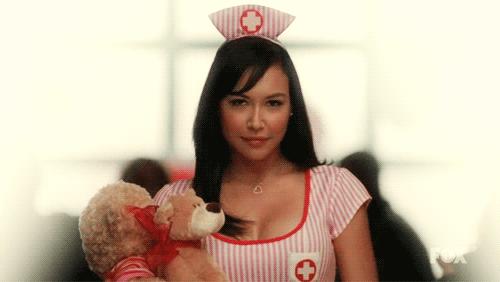 Entrusted with no less a task than reconciling two universes, Peter activated the doomsday device, jumped forward 15 years into the future, got erased from existence, and somehow emerged from it all without a scratch. Maybe his next mission should be rescuing paramour from a past life Katie Holmes from her husband. 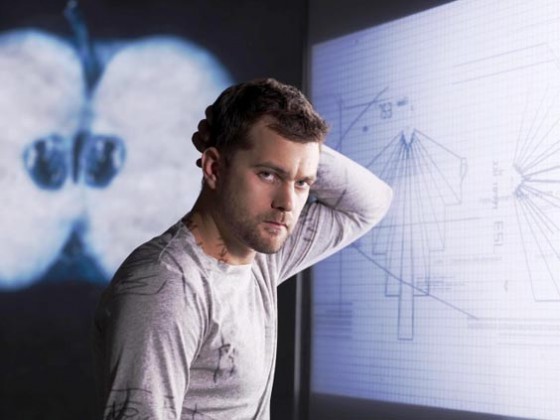 He’s the guy who stands in the corner at a party a little too timid to enter conversation and neither you nor he are sure why he’s there.  While the Parks and Rec crew is a tight-knit gang, Ben Wyatt has always been an outsider. As such, he acts as an intermediary for the audience. Wyatt had a great year as he taught Andy and April how to be adults, put it all on the line to be with Leslie, and went full-nerd at the mall with his very own Batman costume. 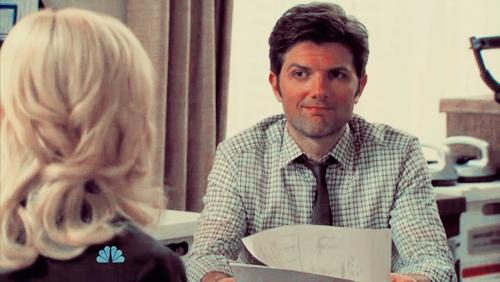 The Sunny gang is so in sync with each other that it’s hard to single one person out, but this year felt like the year of Dee. She wasn’t afraid to get all Charlie’d up in the sewer and get crap in her hair. She briefly found redemption with the cool kids at her high school reunion. And she was responsible for setting a new bar for the gang in moral depravity with the mock baby funeral the gang staged (with a  dead dog carcass) to throw an IRS auditor off her scent. Plus she’s undefeated at “Chardee McDennis.” 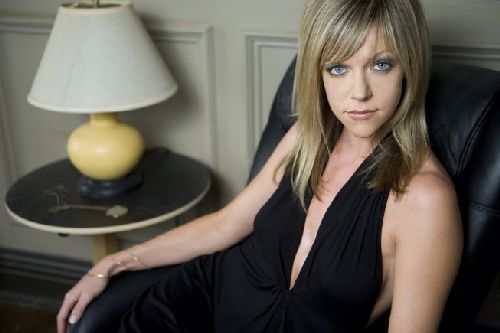 The backwoods redneck who softened up considerably this season, Daryl has become the MVP of his ragtag band of survivors of a zombie outbreak. If you ever find yourself in a do-or-die survival situation, take notes from this guy. 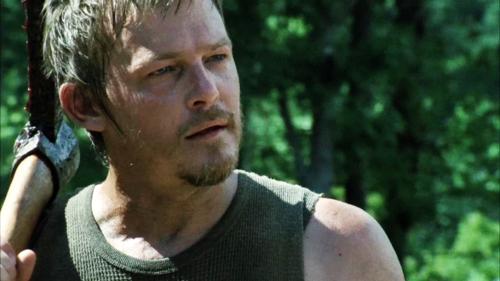 It takes a lot of repressed wackiness to appear as Bugs Bunny’s love interest and outcrazy him. Not intimidated to join a gang that’s been together since the 1930s, Lola the Bunny has breathed fresh life into the Looney Tunes show. Forgive me for jumping on the Kristen Wiig is talented bandwagon, but Lola’s mile-a-minute pace isn’t something just anyone could do. 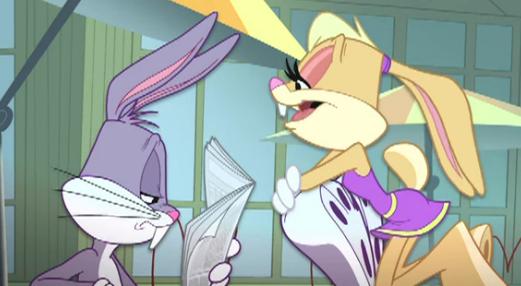 Sabrina is so girl next door that she lives one house over from Kirsten Dunst in the Spider-Man movies (whom we previously considered the ultimate girl next door). Not too cutesy, not too forceful, Sabrina is someone we could see ourselves applying to work at a grocery store with just to enjoy sexual tension all day long. 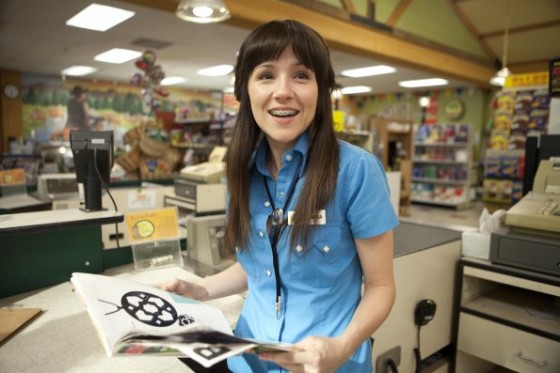 Fred Armisen and Carrie Brownstein as Toni and Candace
Portlandia

If you haven’t seen Portlandia, think “Stuff White People Like” pushed to the extreme. Toni and Candace, owners of feminist bookstore Women and Women First, will do anything for their customers except help them or sell them a book. Smug condescension has never been so hilarious. 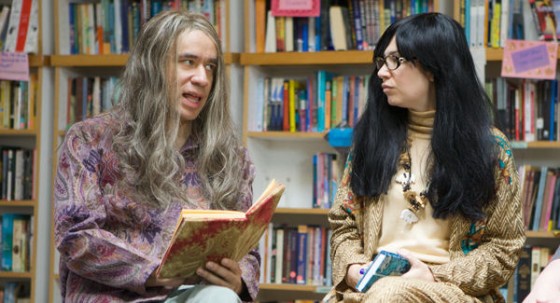 Phil’s got a smoking wife, a great job, a supportive family, and a sweet house. Yet, he’s not satisfied unless he can walk a tightrope or launch a pumpkin across a football field. If this guy has so much growing up to do in his 40’s, one can only imagine how awesome he was when he was 10. 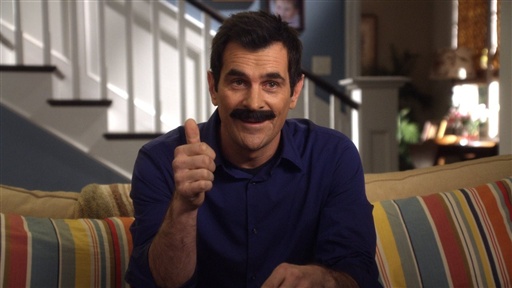 That little voice inside our head we need to ignore lest we do stupid things has taken the form of an adorable dog that appears to Ryan (Elijah Wood) as a full-grown man in a dog suit. Why this North American breed has a British accent is beyond us, but he’s fun to watch. 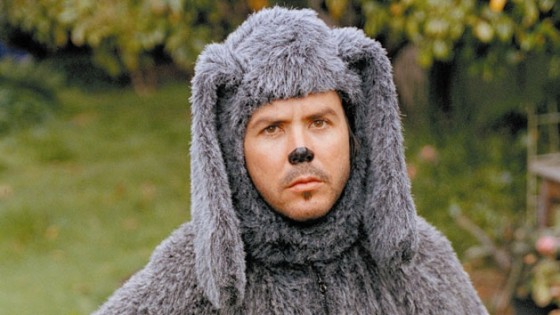 Watching hypomanic kids Gene and Louise overwhelm their lackadaisical dad with enthusiasm is the special chemistry that has given the show such a strong following with critics. In contrast to their socially awkward sister Tina, Gene and Louise are wonderfully free from social inhibitions and are thus liable to ruin any of Bob’s plots. 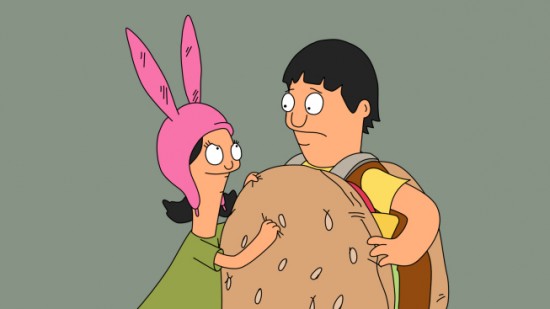 With spy chick and her runaway bride sister, the showrunners were wise not to make this the Christina Ricci show. Still, the free-spirited Maggie is the most watchable character on the show. An empowered liberal, she can fast talk her way back into her job or into President Kennedy’s press delegation. It’s also the first time we ever remember Ricci playing a character that is sexy.(Ed. Note: Except Black Snake Moan.) 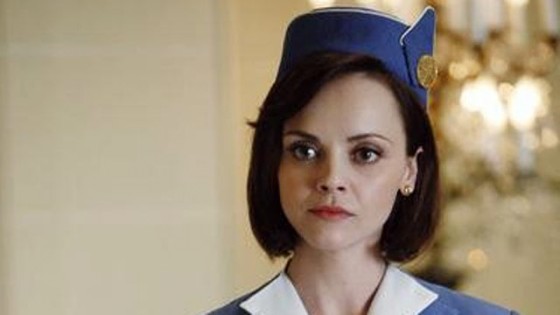