Charles Barkley Talks About His Junk 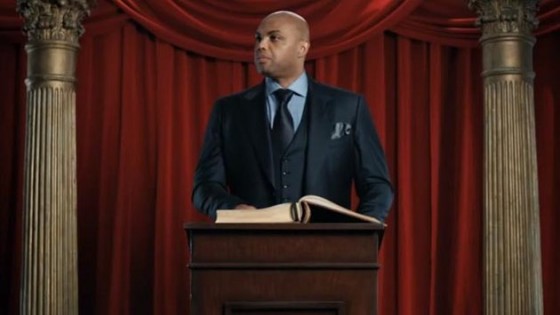 Charles Barkley, who has made plenty of memorable commercials in the past, adds a new one to the list. In his latest commercial for Weight Watchers the formerly Round Mound of Rebound reads off an extensive list of slang terms for his gentleman sausage.

We aren’t sure if the narration is true (that men gain up to an inch in length for every 35 pounds they lose) we do know that Barkley is one of the few athletes who could get away with talking about his kibbles and bits for 30 seconds on network tv.

It is also a drastic departure from Charles’ famous Right Guard commercial.