Media > Movies > Cheat Sheet for Dwarves in The Hobbit

Cheat Sheet for Dwarves in The Hobbit

The Hobbit was released in theaters at midnight last night, and if you’ve already seen it, this post isn’t really for you. If you waited in line for the first showing of the flick, we’re going to assume you’re already well versed on which dwarf is which, and probably know their back stories too. However for the rest of us sane folks who will casually drop into the cineplex over the next week, we’re more confused than when we saw Snow White for the first time as a child. Snow White only had to keep track of seven dwarves, there are thirteen of these little bastards in The Hobbit. So thanks to the folks at LOTR Project, we have these handy guides to help you through the film : 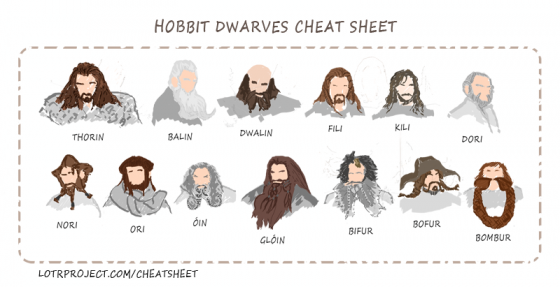 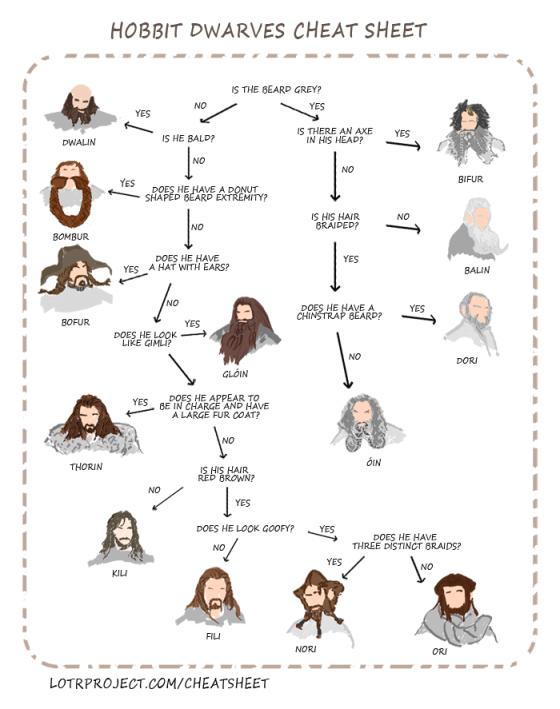