Chelsea Korka and the Paradiso Girls 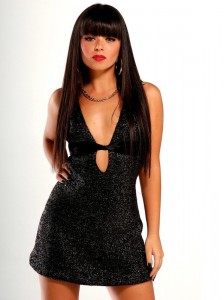 Chelsea Korka is a singer from Cooper City, Florida who competed in ‘The Search for the Next Pussycat Doll’. While she finished second on the show, she was promptly hired by Robin Antin to join a new pop / hip hop group called the Paradiso Girls. Chelsea held the title of Miss West Broward USA in 2007, is a self described nerd tomboy, and is of Hungarian descent. Today she is featured in Gunaxin’s Six Questions.

Chelsea Korka is rumored to have a 4 octave vocal range just as Christina Aguilera. Chelsea has released two songs on her Myspace site: “Give Me A Sign” and “Better Than”. She is also expected to perform at the Las Vegas PCD Lounge with both Melody Thornton and Robin Antin, making her the first contestant to officially perform with the PCD outside the show. She has also appeared on Space Cowboy’s Falling Down.

Here is a video to introduce you to Chelsea:

and her performance from the Finale of the show: 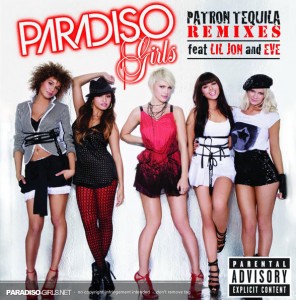 Chelsea is the only American in the group, which includes four other young ladies; Aria from France, Lauren Bennett from United Kingdom, Kelly Beckett from Barbados and Shar Mae Amor from Philippines. They are currently signed to Will.i.am music group/Interscope Records. Their debut single “Patron Tequila” featuring Lil’ Jon and Eve was released on May 12, 2009, and has reached position 3 on Billboard’s Hot Dance Club Play. Their debut album Crazy Horse is expected to be released in October.

and here is ‘Falling Down’ from Space Cowboy:

and finally, here is a gallery of the Paradiso Girls and the fabulous Miss Korka: