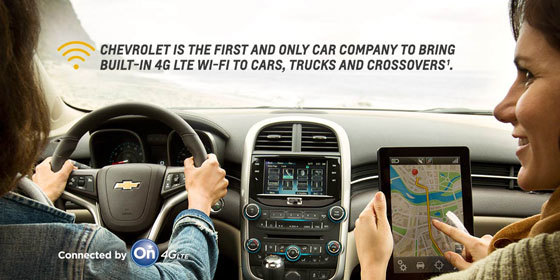 We witnessed firsthand Chevrolet’s unveiling of OnStar 4G LTE Wi-Fi at CES this year in Las Vegas, and it was among the biggest automotive announcements at the show. Now with the recent launch of the 2015 Impala and Malibu, Chevrolet has made that promise a reality and become the first and only car company to introduce 4G LTE Wi-fi in their vehicles. This connectivity is coming to most of lineup in the 2015 model year, and it allows you to use your car as a Wi-Fi hotspot for up to 7 devices. We all have tablets and laptops, but most of them aren’t already LTE enabled. This breakthrough allows us to keep these devices connected to the internet from our car nearly anywhere! 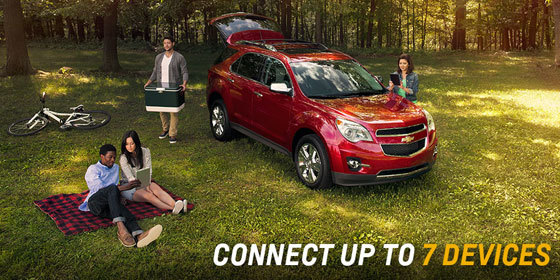 OnStar 4G LTE Wi-Fi is the ultimate Wi-Fi hotspot. It offers great signal quality and bandwidth, and honestly is probably faster than the Wi-Fi you get in most hotels these days. We test-drive a ton of cars, and spend many hours on road trips each month, so we can’t wait to use this technology to get some work done from the road. Of course it can also be used for playing games, watching videos, or doing nearly anything you normally do over an LTE connection, but with more reliability than you are probably used to on your smartphone. Obviously this feature is meant for the passengers or to be utilized while parked, and Chevrolet does not encourage distracted driving. Finally, the promise of the truly connected car is becoming a reality!

Chevrolet is merging the physical freedom of the car with the virtual freedom of Wi-Fi to become the first and only car company to bring built in 4G LTE Wi-Fi to the largest vehicle line-up. Visit http://s.chevy.com/TBX to learn more.

This is a sponsored conversation written by me on behalf of Chevrolet. The opinions and text are all mine.