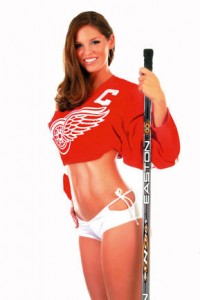 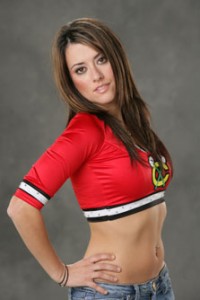 Like all hockey fans, we here at Gunaxin are excited about the Winter Classic, to be played today between the Chicago Blackhawks and the Detroit Red Wings. We wanted to do something special to mark the occasion, but just a preview of the game didn’t seem to be our style. So we thought instead, why don’t we take a look at the Ice Girls from the two teams competing. Well much to our disappointment, the Red Wings don’t have an Ice Girls squad to speak of. We found mention of something called the Red Patrol, but alas no photos could be acquired, and I don’t think they are really the same as Ice Girls. The Chicago Blackhawks on the other hand have one of the sexiest squads in the NHL, and they more then made up for Detroit’s lameness. So I think you know who we will be rooting for in today’s featured contest. Below you will find 80 photos (4 Pages) and several videos of the Blackhawks Ice Crew. Enjoy and Go Hawks!


Make sure you catch all 4 pages of photos.

For more photos, check out the Official Blackhawks Ice Crew page. The folks over at Busted Coverage found some photos of the Ice Crew actually at the Winter Classic, but they don’t look nearly as sexy in those big puffy jackets.