The video from the first game of the Lingerie Football League‘s season is beginning to find its way online, and the highlight is certainly this doozy:

The Quarterback for the Chicago Bliss is sacked, and her shorts are pulled down revealing a bit of ass. Obviously the fans love it. Thanks to Getty Images, there is photographic evidence: 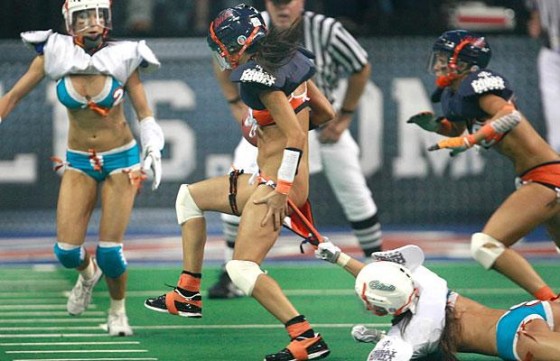 Chicago Bliss’ quarterback Ellie Cartabiano trys to get away from Miami Caliente’s Annette Mascaro during first half play of the opening game of the Lingerie Football League (LFL) at the Sears Centre Arena September 4, 2009 in Hoffman Estates, Illinois.

Here is a foreign piece utilizing the same video and some other shots:

I have no idea what they are saying, but I like it. Here is some additional video showing Chicago scoring, en route to their 29-19 defeat of the Miami Caliente:

…and some other random footage of the Caliente on offense:

Overall the footage is pretty scarce as it was only available as a pay per view web event, and not on television. We were able to find this Photo from the Chicago Tribune, which shows our girl Danielle Moinet with none other than Coach Ditka (a new investor): 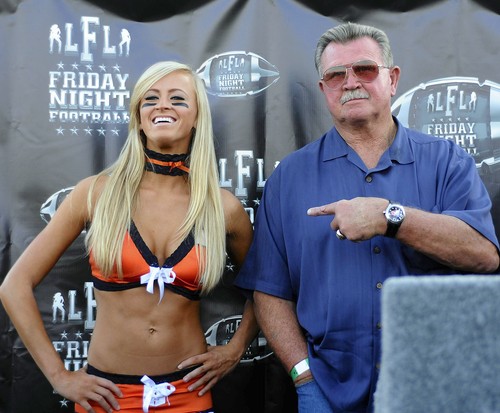 Ditka is a fan of Danielle's Frontside Protection

…and finally for the best view of the action, we check out this video: