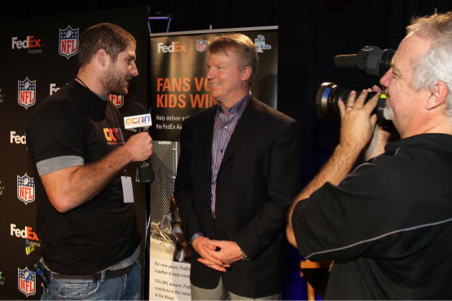 Dan Steinberg of The Washington Post reports today that Redskins All-Star tight end Chris Cooley was doing a radio interview with the Sports Junkies on 106.7 The Fan in Washington, DC, and was pulled over for an ‘unsafe practice’ while driving. “Yeah, I apologize,” Cooley said to the officer while still on the air. “I’ll take it easy there.”

Read the full rundown on washingtonpost.com’s DC Sports Bog, or listen for yourself below.