Chris Kluwe Has The Best Fans 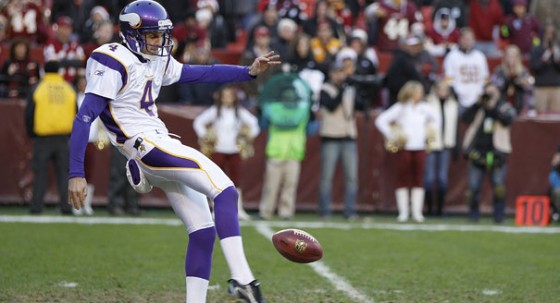 When Chris Kluwe isn’t spending penning editorials in support of gay marriage, calling out Maryland politicians, or playing bass for his band Tripping Icarus, he serves as the punter for the Minnesota Vikings. While his outspoken views on the controversial same sex marriage debate has earned him hate mail (and one hilariously offensive cartoon), it has also won him new fans.

Most of his fans appreciate Chris for his outspoken views and brilliant wit, and at least a few appear to admire his physique. In this video, a Lions fan captures Kluwe’s sexy side, and trust us, the man knows how to shake it.