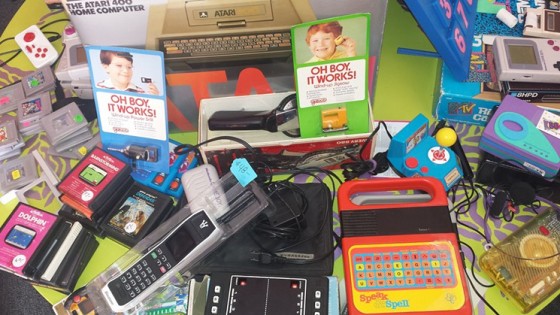 We had so much damn nostalgic fun writing the previous entry to this article’s subject matter last year, that we just had to return to the well and do it all over again. Yes, we know we left off a lot of fun electronics toys from our collective youths in the ’80s, and maybe we had the foresight to do that on purpose! As far as you know, maybe we thought to ourselves: Selves, how about we think ahead and leave 10 things out of this article so you have to make a sequel! Yeah, that didn’t happen. But the point is there are a ton of toys we all had growing up and we would be wholly remiss if we didn’t try to cram a few more into the pre-holiday memorial. So here are 10 more of those awesome electronic toys from our youths… assuming you grew up when some of us here did. Maybe we knew you!

Everyone who owned one of these back in the day knows that there really wasn’t much to them. The screen printing on each represented the field of play on which the respective game was, well, played. But that wasn’t the point, now was it? You had the handheld excitement of a sporting event right there in front of you and we’ll be damned if you didn’t make those little red and orange dashes score like madmen! 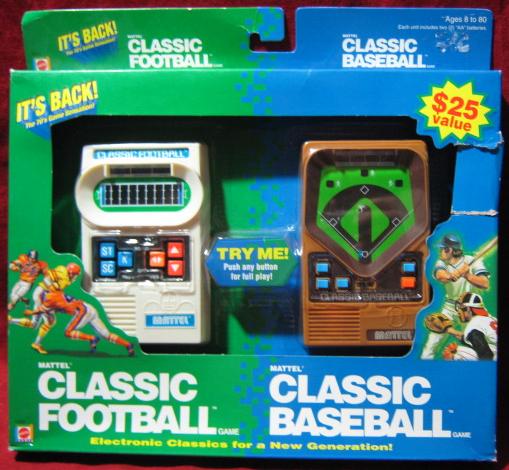 Yeah, this author had the Atari 2600, too, but there was just something so… middle-child-like about the 5200 as it fell in between the OG system and the ‘Nearly Nintendo Like’ 7800. The controllers were like a bizarre amalgam between the Intellivision (the number pad) and the standard joy sticks from the classic system. The games were better, the graphics were better, the coolness factor was better, and for us that year, this was the greatest home video game system of all time. Authors Note- “My grandparents for, some reason, had the Intellivision and although it was fun, it just couldn’t hold a candle to the 5200.” 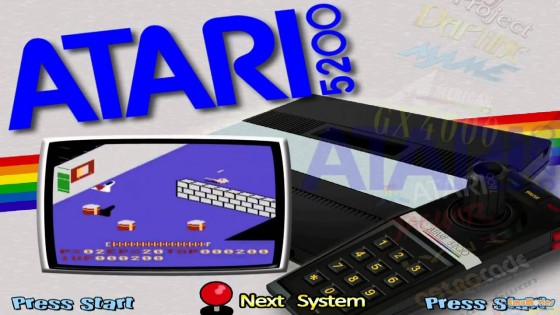 This author has a weird memory of wining one of these after selling the most popcorn while he was in Boy Scouts. Seriously. Nearly the entirety of the 80’s was spent as a scout going camping, earning merit badges, and not having girl friends. Yep, there it was. Anyway, this thing was pretty cool for its time since it was, as you know, a really tiny portable TV that you could smuggle to said camping trips where all the other scouts were trying to avoid the far too friendly scout master. That dude was really ‘touchy’. 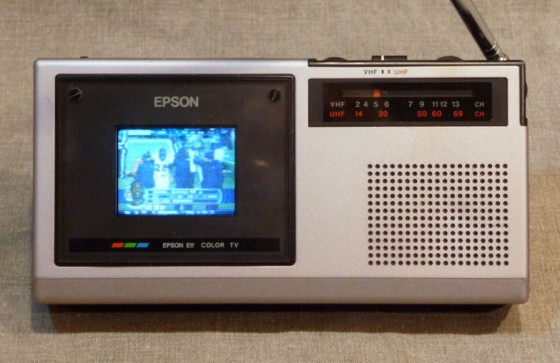 Okay, so technically none of us actually owned this, maybe it was one of our siblings (yeah, that sounds legit… right?). But the fact still remains, we grew up around one and it was pretty cool. Basically, what you had was a story-telling Teddy Bear with a motor inside that allowed for both mouth and head movement. These movements were brought about by the use of audio tapes that were inserted into this toy’s back on which were the stories he’d regale. Now, if you just stop and think for a minute you could probably guess where this toy became truly amazing. That’s right, the built-in tape deck. So guess which toy quickly became a Death Metal-singing bear with a creepy mouth? Yep. Teddy Ruxpin. 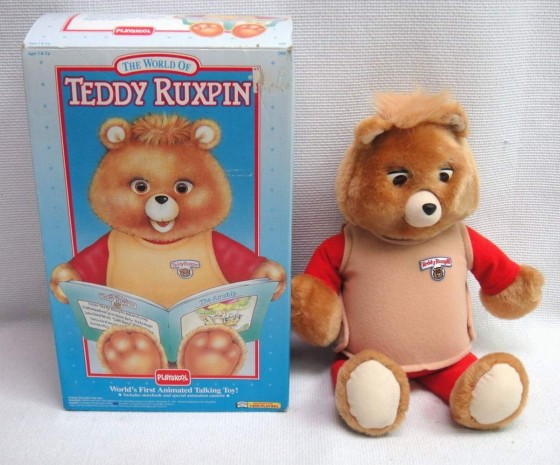 When you had an Etch A Sketch you were a master of your own artistic abilities. Granted, your artistic abilities were limited to straight lines and the occasional wobbly-looking triangle. But then there was the Etch a Sketch Animator 2000. This thing was far easier to use when trying to create such difficult shapes as circles, ovals, and other circles. You had a limited number of ‘pixels’ with which to make fun things, but since this thing was likely one of the first drawing tablets, it was pretty damn outstanding. 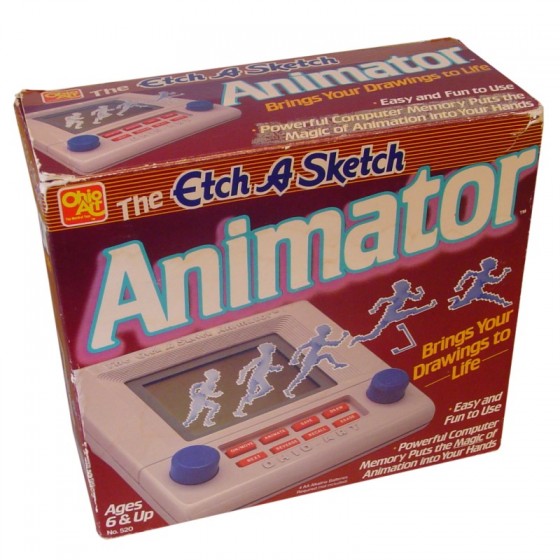 On the previous list, we added everyone’s favorite/most annoying calculator of yore, the Little Professor. Well, there were a number of people reminding us that there was also a calculator that featured an Owl. This one was called the Novus Quiz Kid. Much like the Little Professor, one could plug in an arithmetic problem and receive a prompt to attempt to learn the answer yourself. There were some creepy glowing eyes or something but it’s hard to remember why they were there. Anyway, it did come with a denim bag, so there was that! 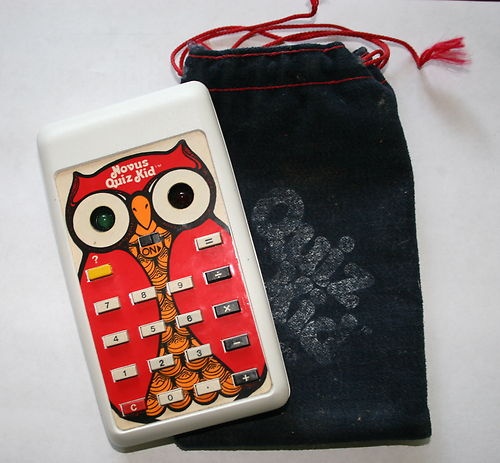 Author’s Note- “This little gem was one of my favorite Christmas gifts as a child. I don’t recall why I got it, because I don’t remember actually asking for it, but it was a cool surprise and boy howdy was it fun. Not only was it an actual keyboard on which one could, conceivably, learn to play piano. Or, realistically, one could use the myriad sounds built into the thing to make you sound like a one-man terrible band. But that wasn’t the coolest part, oh no. This keyboard could record outside sounds up to and including your voice! That’s right; you could make epic fart sounds on this and laugh for hours. Because fart sounds are hilarious.”

If you were big into RC cars when you were but a lad, this thing was the height of awesome. It seemed every Christmas for years, some company would make one and you’d play with it for about a week and the thing would fall apart, mostly because nearly all of them weren’t built to go through wooded backyards and over shitty dirt roads. But then came the Grasshopper. Now this thing was a Remote Control car with balls! You could race it weaving in and out of traffic, you could launch it off of a homemade ramp into the stratosphere, or you could drive it like mad over a washboard road. This bad ass could handle it all. It was a kick ass car. 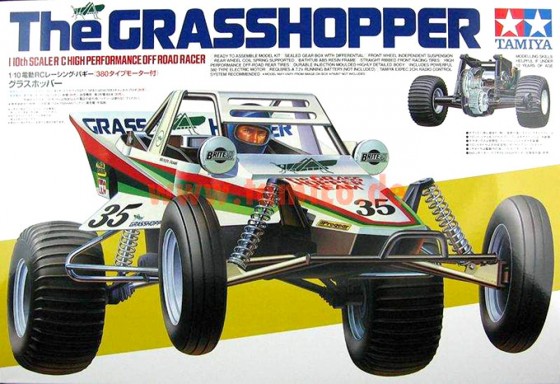 This was, crucially, Lazer Tag’s little brother. In all reality, it worked exactly the same offering the same exact results. The major difference was, of course, this could be found in any store and you didn’t have to go hunting through dumbass catalogs looking for it. Also, for our money, the guns looked cooler. Both of these toys debuted in 1986 and, believe it or not, both sold really well. Sadly –as it is with most of these things where there are too many and the landscape gets saturated- Lazer Tag became more popular and, well, the rest is history. Sorry, Photon, you were just too big for this world. 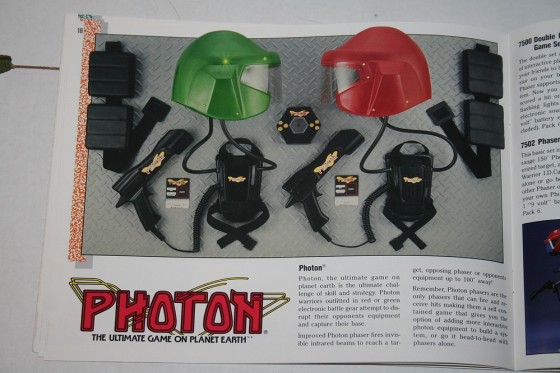 Perhaps the single greatest thing in the home electronics genre to come out of the 80’s. Simply put: if you owned a NES you were cool, and if you didn’t, ya weren’t. Oddly, not a year previous, we’d scored an Atari 7800 which was, as Ataris go, the best thing it had, up to that point, ever made. But then Christmas of ’86, a year after its initial release, came around and we were graced with the majesty that was (and still is, nay-sayers) the Nintendo Entertainment System! Oh Joyous Noel! It came with that Robbie the Robot thing, and Gyromite, and, best of all, the Super Mario Brothers/Duck Hunt cartridge and the requisite Zapper gun. Heaven had smiled upon us that year and we all lived happily ever after. Until the day I snapped one of the controllers in half while pointlessly trying to play Bayou Billy. Fuckin’ game. 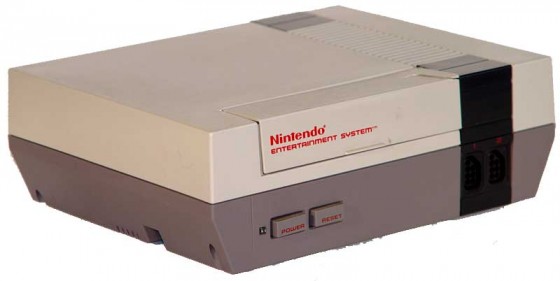