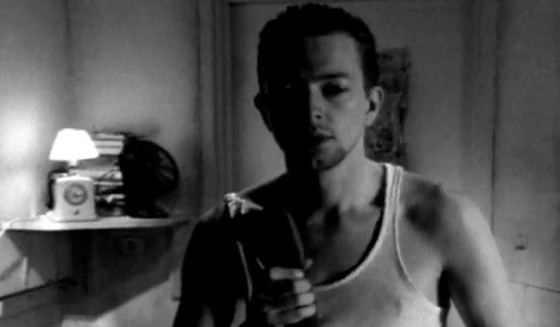 Having made a couple of (terrible) short films during my film school days, I’ve always been intrigued by the early work of professional filmmakers. What did they have that i didn’t? Oh yeah, an overabundance of talent. Why didn’t my three-minute black and white expose about a golfer obsessing over a short putt strike a chord with my professors? Oh yeah, because it was poorly edited and mixed. Sigh. Onward and upward, or in my case, downward.

Anyway, Christopher Nolan knew his craft from an early age. Long before he would become one of the world’s most respected filmmakers, Nolan was assembling his first project, a short called Doodlebug. Like a lot of short films, it’s kinda weird and kinda moody, but also kinda great. Nolan’s fascination with exploring Russian nesting doll type themes was evident even back in 1997. I realize this has been floating around the net for a while, but if you haven’t seen it, then it’s new to you.