Campbell’s Chunky Soup is turning the table on Fantasy Football players by hosting their own humorous “Everyman All-Star League” draft in Drew Brees’ basement. Yep, NFL Stars are drafting regular guys to be on their fantasy team. Brees only threw a 98-yard touchdown this weekend, so who is he to judge us?

Fans who create an Everyman All-Star player card at EverymanLeague.com will be placed on one of the general managers’ teams, and be entered into a sweepstakes for the chance to win Super Bowl LI tickets, NFL-licensed autographed gear and additional prizes. 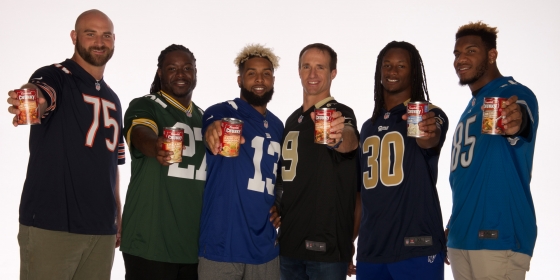