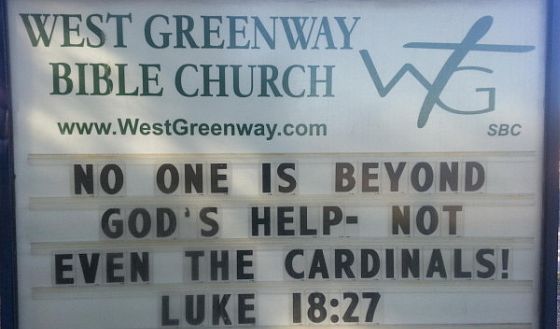 The NFL and churches have always had a complicated relationship, but one Arizona pastor has taken the battle to the next level. The two entities have always battled for attention on Sundays, with many churches holding early services so parishioners can worship before watching their local team take the field. The truce has been uneasy, but the status quo has been in place for decades now. Pastor John Correia of the West Greenway Bible Church decided that it was time to fire a shot at the local team, however, and put up a message outside the church promising that “No one is beyond God’s help, not even the Cardinals. Luke 18:27.” 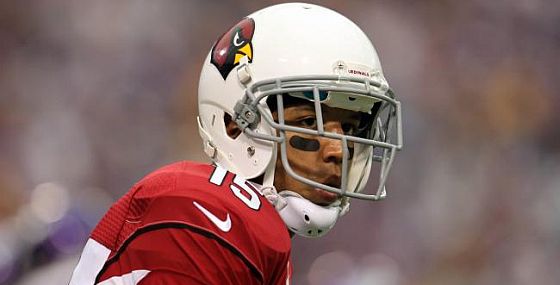 Far be it from us to argue with a Pastor Correia, who is a Navy Veteran and trained martial artist, but doubt he has looked at the Cardinals roster recently. The team needs less inspiration from Luke and more production from John (Skelton), Kevin (Kolb), Brian (Hoyer) and Ryan (Lindley). At 4-9 the Cardinals have been eliminated from the playoffs and have given up the biggest point differential in the NFC. When asked about his sentiment Pastor Correia told local station KTAR that he was responding to reports of the team giving up, and that  “It just prompted me to say, ‘No, it’s just the opposite. There’s always hope, there’s always help available.'”

Unless Pastor Correia can throw the ball to Larry Fitzgerald consistently we doubt it. 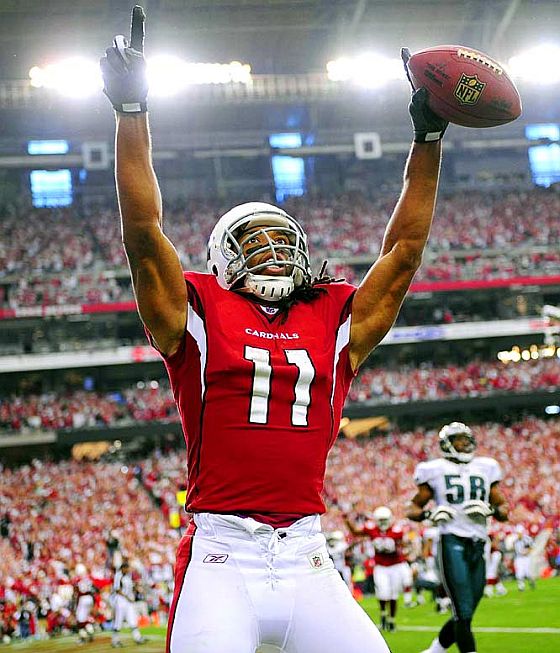