Civilization; It’s all her fault. 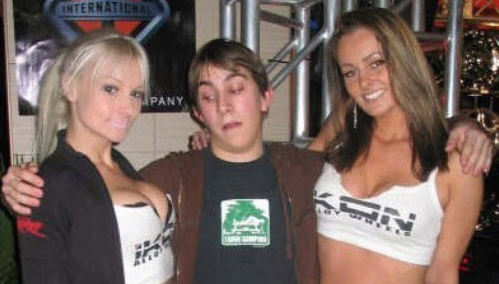 It's not his fault, she hypnotized him.

Ever since any boy looked across the class room and desired to see little Suzy’s training bra, A man’s life is ruled by one thing: The desire to get laid. Think about it. Good school and good job, nice cars, cultural literacy. Why? To set ourselves apart from the herd, to rise above the Great Unwashed masses. To stand out, but why as social animals would it behoove us to stand out? The simple answer: To better our chances at procreation. It’s hardwired into us. The only two instinctual requirements in us are to eat and fuck. No one ever needs lessons on these subjects.

Honestly, all of our major cultural advances due to a woman or the desire to shag one…or hundred.

Several scientific studies have proven the speech center of the woman’s brain is more developed than the average man’s. That’s why your girlfriend won’t shut the hell up. She just can’t help it. It’s been bred into her for thousands of years. Conversely, have you ever spent an entire day with your father, brother or friend and uttered fewer words than are in this sentence? Yeah, you probably have. Men respond more to visual stimuli than anything else. Probably because if you spend your days hunting a herd of furry Sherman Tanks with pointy sticks, it’s in your best interest to not alert them to your presence. 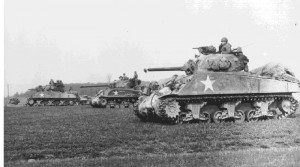 Nonverbal communication wasn’t a lifestyle choice, it was a matter of survival. The primitive man that stood up and shouted “Hey guys! Big honking mammoth over there!” scared off dinner, or got stomped into a fine pinkish ooze by the big honking mammoth. Either way they weren’t eating. So while the guys were off pointing and grunting trying both to catch dinner and not become dinner for something else, the women were back at the old cave-stead tending the young and bitching about Ogg’s proficiency in the sack. Remember this was before Enfamil, back when breast feeding wasn’t an option, which probably explains the world wide obsession with boobs. 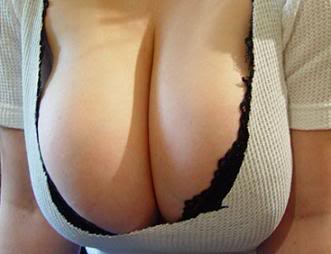 In truth, the first words ever uttered by a man were probably along the lines of “Well, excuse me, Eustace, I’ve been out all day getting trampled by a damned MASTADON! Do you mind if I just sit down and bleed for a little bit? And how the hell am I supposed to feed Ogg Jr. anyway?” And after the guys picked up on the whole speech thing, they got to counting and measuring things, because after all, “Shit! A bunch of cave bears!” can mean a lot of different things to a lot of different people.

So we learned to talk, told them they were pretty and brought them flowers, and those lucky ones that didn’t get flattened by wooly mammoths or eaten by cave bears got laid. And those beautiful cave-ladies bore children smart enough to realize startling a Mammoth and moving into a cave already occupied by a giant bear were bad ideas. For better or worse, we were well on our way to being civilized.

2
It beats living in a cave.

After a while, with the woman selecting smarter mates, and bearing smarter children, mankind figured out chasing a herd of buffalo all over creation, risking death by stampede or tripping over a saber toothed cat, wasn’t the best strategy to avoid a horrible death. So they grabbed a few of the baby bovines, and raised them up, bred them into the modern cow and killed and ate them at their leisure. Along the way, someone figured out we could get milk from cows. (This probably occurred shortly after the invention of beer, and was preceded by the first ever utterance of “Hey Ya’ll, watch this!”) 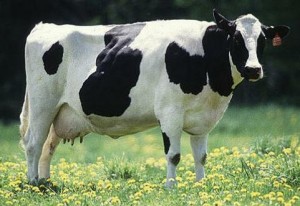 Eventually we managed to cultivate crops and such and gave up our nomadic ways, even moved out of our mom’s cave. We got a real job, chasing off other tribes and things were good for a little while. Then the Mrs. decided she was tired of living in a teepee that smelled like a dead buffalo, (well, that IS what they were made out of), and picking up and moving every time the cows ate all the greenery in the area. Mrs. Ogg decided she wanted a little more stability, something a little more permanent. So Ogg, still being led around by his dick, discovered math.

Now math led to some pretty cool things, like figuring out how far we could launch a pointy stick at the vile Who-evers of the What-ever tribe for trying to steal our women because all theirs look like week-old dog squat. (but Dude, Ogg would totally hit that.) And the Internet. Which comes much later…much much later. But it also led to construction. Which led to villages, which lead to towns, which lead to currency and laws. All of which leads to religion. 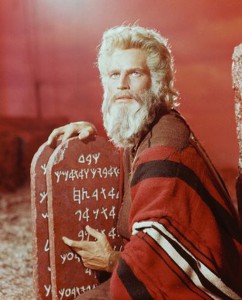 Before warfare was a sporting thing, The What-ever tribe would just come in and smash some stuff up and run off with some cattle and womenfolk. Then a few months later the Us-guys tribe would go to their village burn some stuff down and steal some cattle and womenfolk. But post-religion, that shit mattered! The Who-Evers don’t worship our god and therefore, must have the crap killed out of them, and their entire village razed because they are godless heathens!

So King Ogg the 1st decreed it, and the What-ever tribe was smited by the hand of God. (and a lot of Us-guys with swords and shit) In fact, Who-evers everywhere got all smited-up. And for a while, The Ultimate Cockblock, not withstanding, things were good. But there was just one problem: Religion declared most forms of sex BAD. So, still being led around by his dick, but now ashamed of it, Ogg found another outlet for his needs. Unfortunately that outlet was screwing shit up and oppressing pretty much everyone. 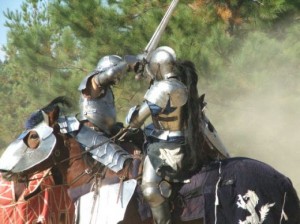 They all have raging hard-ons

Men continued the misguided thinking that conquest and material wealth would slake the burning in their loins. Atrocities like slavery and the European expansion into the new world continued during the Religion induced dry spell. Our ancestors found the last glorious pocket of Not-So-Miserable people in the world and proceeded to rape, pillage and murder them out of existence.

By repressing his people’s primal needs for a good thousand years or so, King Ogg’s offspring pissed a lot of people off. The menfolk had an overabundance of testosterone and the womenfolk were generally unhappy because they were treated as walking sin repositories. But people got to thinking. Maybe we don’t need this King bastard telling us what to do and absconding with all the hotties. Maybe instead of one douche bag ruling over us by birthright maybe we can elect other douche bags to rule over us. And the masses did rise up. 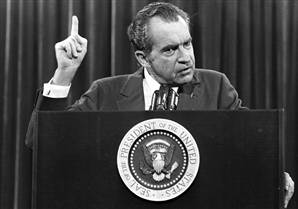 I am NOT a Douche!

Unfortunately even with the whole democracy thing we forgot to throw off the entire sexual repression thing that religion gave us for a while. This lead to some bad things. Like the entire twentieth frickin century. A world-wide depression, and two world wars happened before it was even half over, Not to mention several cases of near-genocide. Fortunately, the women of the human race decided to defuse the situation a bit after shit like this started happening. 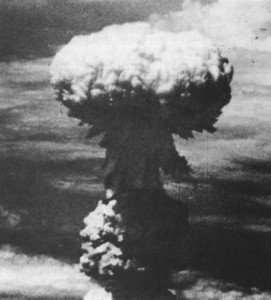 "Should I be worried that I have a stiffy right now?"

Yeah, that’s right. The girls only let us be in charge for a millennia or so and we borked things up royally. So in the 1960s the ladies said to hell with all this, if these guys don’t get laid soon, they’ll kill us all. And we couldn’t be more thankful, we’re sorry, we mean it, really. We would’ve brought flowers but the florist was closed. No, you sit, we’ll get dinner started, and feed Ogg Jr. 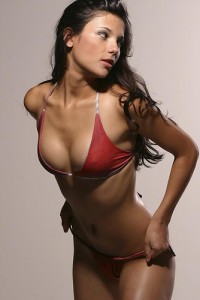 (and she's smarter than you.)

They don’t need us, seriously, what were we thinking anyway. We need them. Without a sex drive the average man would sit in the basement playing video games and eating Pizza Rolls until his fat encased heart gave out, leaving him to die in his own filth. To be quite honest, without women, we’d still be in the cave, beating rocks together. So thanks, girls, because getting eaten by cave bears isn’t a good way to spend an afternoon.