Isn’t the future a cool place to be? Well, technically the future is any day beyond the one in which you’re currently living. However, we are living in the future of the 70’s and 80’s, right? Yes. Yes we are. We have oodles of new and far superior technology and we’re so damn close to the prospect of a real flying car and living on Venus we can almost taste it.

Well, maybe not. But one thing we do have is really cool video games. Specifically the hand-held variety. Shit, back in the day when you wanted to be in, say, a ‘real’ sports game, you switched on a little box with dimly-glowing dots and dashes and pretty much had to imagine what was going on. Now, forget about it: pop in Madden into your PSP or MLB ‘The Show’ into the DS, and you literally feel like you’re a player in the game. But it all had to start somewhere… 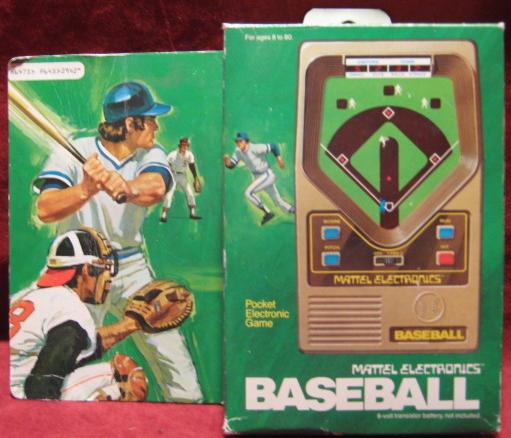 In the real world of baseball, there isn’t a whole lot of ‘standing around’ going on. Well, unless you’re in little league, then if you’re in right field you might as well bring a snack. But in the ‘Classic’ version of Mattel’s Electronic Baseball, all of the infielders and outfielders are either represented by white visages of players, or else no one at all. The point here was basically the point of any game of ball featuring options to ‘Hit’, ‘Run’, and ‘Pitch’ with very little else. Follow yourself and your representative little lights as you blip around the bases. You’re a pro! You can even have one of your own RIGHT HERE! 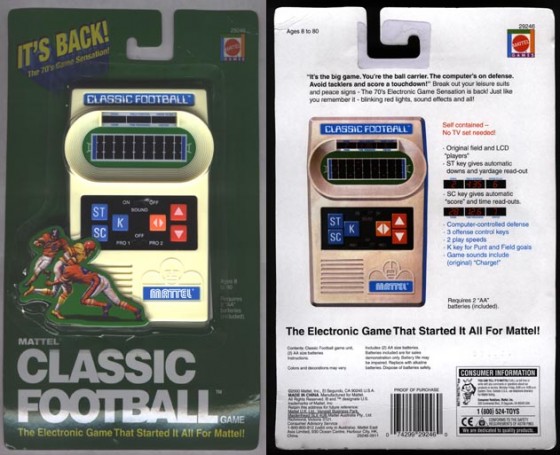 Arriving on the scene in 1977, roughly the same time as baseball, Mattel’s football was almost immediately given iconic status. This is the game most people think of when they’re reminiscing about past glories and hot rods. For a tiny as the game actually was, it featured a pretty decent sized gridiron encompassing a full 100 yard field. You could run, kick, tackle, and score and honestly, isn’t that enough? To play games today you need sixteen-step button combinations, a stat sheet a mile long, and a time out to confer with your coach! This game was mean for simplicity and fun back when those words actually meant something. Listen to that trumpeting touchdown! Score your own right HERE! 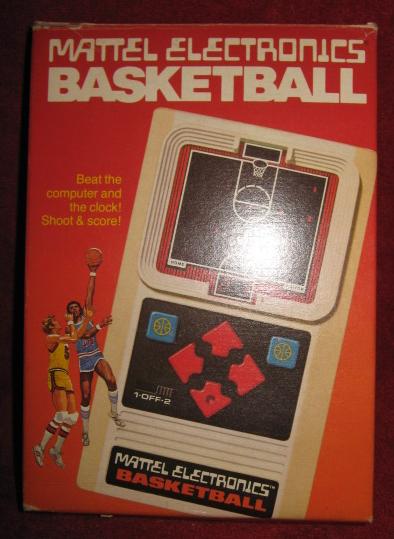 Another in the Classics category that hit the scene in the 70’s right about the time Bird and Magic were wearing incredibly uncomfortably small shorts and far-too big Afros. As far as the buttons went, this one could not have been simpler: directional pad and a shooting ‘ball’ button. Perfect. No time wasted here with complicated instructions and building a franchise, just good old classic 1/2 court action. From what I understand the newer versions of this game include an added 3-point area and a 24-second make-it-take-it option. Score a buzzer-beater with your very own from AMAZON! 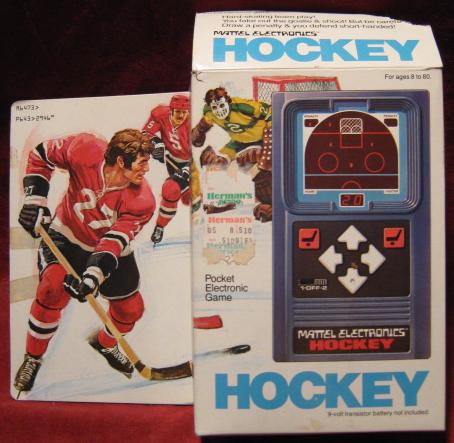 I’m not sure if the original incarnation of this hand-held was also sold as a rather sizable and clunky key chain, or just the reissue you can see when you click on the Amazon link at the end. Either way, the game itself was modeled almost directly after the hoops one from above even going so far as to use the exact same buttons and configuration just swapping out the ball with a puck. And guess what? There were both US and Canadian versions! Hockey is my favorite sport and has been for quite some time, so I obviously had this killer time waster that, at least originally, ran on a 9-volt. I think it takes 2 Double-A now… kinda weak. Oh well. For a nice history of hockey video games, check THIS out and why not cruise for the Cup with a hand-held of your own! 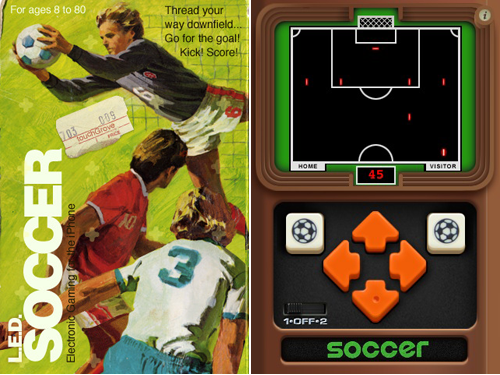 What? Isn’t that two football games on one list? Shut the fuck up, foreigner. As for this game, it has become blatantly obvious at this point that the creativity has all but drained out of Mattel. It seems we have the third rehash of the exact same button and control layout as we had with Basketball and Hockey with the minor difference of a -you guessed it- soccer ball on the thumbs. The basic idea is even strikingly similar to hockey what with the moving of the implement down the area to the goal. Don’t expect celebrations after the score either this is, after all, based on the use of glowing lights. Keep your shirt on. Shoot a header at your own game right HERE!

So… bowling. What can be said here but the simple fact that you’re fully involved in a game that’s demon dull in the first place. Congratulations. This game arrived in 1980 right as new video game systems like Atari and Intellivision were carving a niche, so it had to offer a little more than just flashing lights. With this bowling game you could actually control the ball’s movement a bit by tilting the game. Genius! Well, maybe. 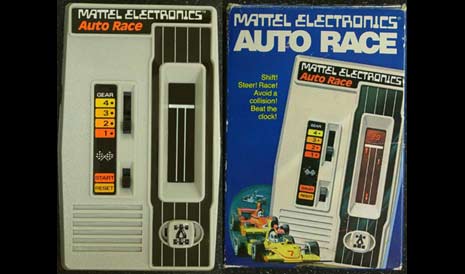 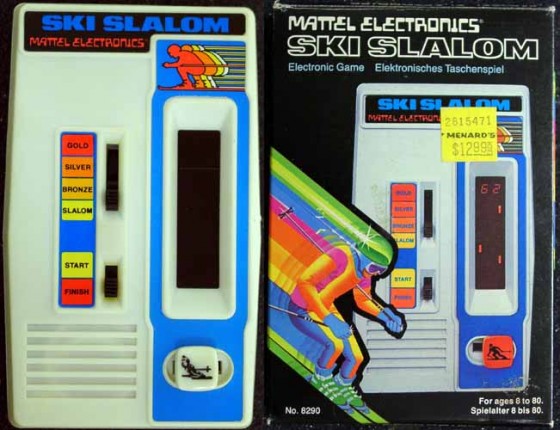 For the final two games on this here list we feature one of the first (1976) and one of the last (1980) with auto racing and skiing respectively. Why both on the same number? Because they use the exact same case design and are essentially the same game but in reverse. Even with the three similar game from above, at least they adhered by the various different rules and had corresponding ‘field’ designs and layouts. Skiing and racing were literally the same game except racing was up and skiing went down. The play (the same in both) featured you as either a skier or a racer avoiding obstacles coming at you from the bottom or the top depending. Boy does that holler fun. Anyway, take a look and don’t be too surprised if you find either of these fetching $40 or more on eBay.