Twelve Classic Rock Songs We Love to Hate to Love 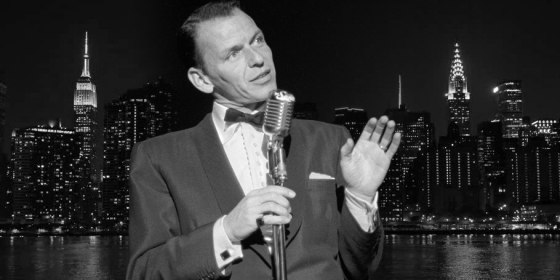 Music is incredibly subjective and tastes in music are just as fickle. If you gather a hundred people in a room and play them all, “New York, New York” by Frank Sinatra, you are likely to get at least a dozen different answers about how they all feel about it. The correct answer is, “We love it!” obviously, but everyone is entitled to his or her opinion. The point is, we all feel differently about certain songs and we all have our own ideas about why we feel the way we do. Some feelings are wrong and you should be ashamed of yourselves.

There are songs that have become hits over the course of the decades that, at the time, seem fantastic and we all love them. But after hearing these songs over and over and over and over again ad infinitum one starts to realize why we all might be slowly going insane. Songs played so frequently across so many radio stations that one has to wonder if they don’t all work together and split the playing time over every half hour. Well, truth be told, they are all rock songs, they are all incredibly and inexplicably popular, and they are all referred to as Top 40 tunes. This at least explains why they are so damn common and played so damn often.

Think back, maybe to the 60’s, the 70’s, and even the 80’s, to when the Top 40 hits really mattered and really began to stick in our collective heads. And now think about those same tunes and just how much you despise them one moment, yet long to hear them the next. These are the songs we Love to Hate to Love.

Boston – More Than a Feeling

Released in 1976, and subsequently years later named the 39th best hard rock song of all time, Boston knew exactly what they were doing when they recorded this song written by Tom Sholtz. If you could count on one hand the number of times you’ve heard this song this week alone, each finger would have to represent at least 27. This song is so overplayed it has even been made into elevator muzak. Aren’t we lucky! No. The answer is no.

Queen –  We Will Rock You/We Are the Champions

Queen was (and, for the most part, is) a phenomenal band with one of history’s most outstanding lead singers in Freddy Mercury. Granted, it took them a while to really skyrocket in popularity to the levels they have reached over the past thirty years, it makes little difference in the sheer number of times we’ve all heard We Will Rock You and We Are the Champions played back-to-back as though that were the original intention. It wasn’t, they just happened to be put that way on the album, released in 1977. Why do these songs grind our gears so profusely? Well, I’ll tell you: watch any sporting even from the last thirty years. You’ll hear the songs. Or watch any sporting movie. Then you’ll want to caulk your ears shut permanently.

Oh Lord help us, Sweet Home Alabama. From the opening riff to the ridiculous lyrics written only for people inside the actual state of Alabama, this song sticks in our guts and hangs on like severe heartburn. “Turn it up.” A line NEVER intended to be in the final cut and a line that has gone on to raise the excitement levels of all of your white trash friends and anyone who loves the movie Joe Dirt. Released in 1974, this 43-year old song is just as infuriating now as it was then.

Guess where South Detroit is, Red Wings fans? It’s Canada. Your damn hockey anthem isn’t even about you! Sad. Released in 1981, this anthemic ear-worm has gone on to become one of the most over-played, over-used, and over-hyped songs ever. Yep, it’s opening is as catchy as herpes, and just as exciting. Yet, there’s just something about this gorgeous piece of rock music that, well, kind of reminds us of a pricey prostitute. No matter what, you’ll be both satisfied and ashamed all at the same time.

Remember back in the 90’s when the band Ace of Bass came out and everyone was tripping over themselves to tell us all how original and amazing they were? Yeah, well, ABBA not only did it first, but they also did it far better. Better is, of course, subjective because not everyone loves this band. Why? Well, because Disco makes us want to kill ourselves. Released in 1976 off of their 4th album, Arrival, ABBA found a huge hit on its hands, a hit that would eventually go on to score fourth out of the 100 best Number One Hits of all time. Really? Fourth? Granted we want to shake our money makers every time we hear this, we also want to smash our heads into the walls.

Even the movie ‘Wayne’s World’ forbade the playing of Stairway to Heaven while Wayne and Garth shopped for guitars. Why? Because it may just be one of the most overplayed songs in the history of music.Voted number 3 on a list of history’s 100 greatest rock songs for good reason: it’s catchy as shit. It also happens to be one of those songs you can get about sixty seconds into and have one of two things happen: you either keep listening because you know it rocks hard at the end, or you turn it off because you’ve been down that road with the hedgerow many, many times before and it really never gets that much better.

To quote The Dude, “I hate the fucking Eagles!”. Okay, that’s not entirely true. We don’t think it’s possible to really hate the Eagles. We can hate many of their songs (this being one of them) but their library is so vast and amazing that it would be like hating… Bach or Van Halen. It’s just really tough to do. Anyway, this song is pretty annoying, however, the theme being something out of a Twilight Zone episode almost makes it tolerable. But let’s face it, even those episodes can get overplayed, too. Released in 1977, this has easily become the band’s most famous song, and most torturous.

Don’t even try to lie, we know you only know two Kansas songs and this is the second one. The first is Dust in the Wind, which oddly isn’t played quite as much as this one. Why? Maybe because the latter is so slow and methodical and really kind of a snore at parties. Carry On, however, is a kick-ass ditty that doesn’t have too many lyrics and everyone thinks they can sing along when drunk on Busch and Jagermeister. Oh, and if you somehow don’t know this song, just watch nearly every TV show’s series finale and you’re bound to hear it sometime.

AC/DC – Shook Me All Night Long

Let’s face it, guys, nothing starts an all-night kegger like an AC/DC song. Throw in a small population of ladies who have all ditched their self-respect in the parking lot, and now Shook Me All Night Long has just become an anthem for the evening ahead. Released in 1980 as part of the band’s most popular album, Back in Black, it would quickly become their most requested song as well as their most overplayed. If you have been listening to a rock radio station for an hour and you haven’t heard it at least three times, maybe you need to find a different station or thank the Lord.

You know a song is destined to be a ridiculously overplayed classic when it’s written about an encounter Ann Wilson had with a fan who assumed she was sleeping with her own sister and bandmate, Nancy. Gross. Rock and Roll is nothing if not often about bizarre familial incest, right? This song’s opening guitar riff is your welcoming hand to a world of anger and weird lyrics. More or less all you ever really need to know about Heart in general.

George Thorogood – Bad to the Bone

We’re just going to say it now and get it out of the way: George Thorogood is terrible and so is his music. There. We said it and we’re glad we did. Bad to the Bone is not a good song; the lyrics are ridiculous and stupid and he sounds like someone suffering from intestinal discomfort. That being said, this little ditty gets an incredible amount of airplay and we frankly have no idea why other than to make the general populous want to immediately switch stations or throw the radio out the window.

Loverboy – Everybody’s Working For the Weekend

Released in 1981, the band Loverboy decided to write a song that they somehow knew would become a staple played every single day on every radio station ever at the 5 o’clock drive time. Doesn’t matter if it’s Friday or not, this song will -come Hell or high water- be played at 5 every damn day until the end of time. So hey, at least you’re guaranteed to hear it at least once, right? Oh, don’t worry you’re definitely going to hear it a lot more than that. And if it’s Friday, you can safely two-times that number. Yay, Loverboy!