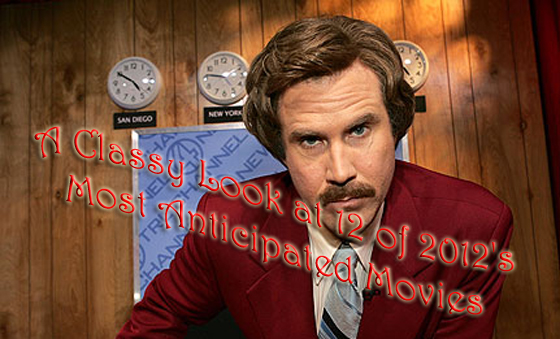 Here at Gunaxin we like to keep things classy. From the way we write articles in the standard but tasteful smoking jackets and ascots, to the way we always have a monocle at the ready should an attractive young woman in need of respectful ogling happen by. And to us, it just doesn’t get any classier than Ron Burgundy, who wore suits so fine he made Sinatra look like a hobo.

As we apply our class to everyday life, we take note of the classiness of everything around us, from books, to websites, to people, and obviously to movies. To help you determine what will and will not be worth your valuable time in 2012, we’ve decided to help break down some of the biggest films of the upcoming year with a little help from the esteemed Mr. Burgundy himself. Well, his quotes, anyway. Come on, we can’t afford to hire Will Ferrell, don’t be ridiculous. 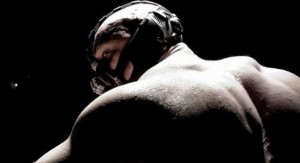 When we think of classy directors, we think instinctively of Christopher Nolan, and the class of the superhero genre that has become The Dark Knight trilogy. We fully expect nothing but the best from Sir Nolan (we're not sure if he's a knight, but if not, we're going to go ahead and dub him one, so suck on that, "Queen"... in a classy way) at this point, and while the early footage has been a little underwhelming, the prospect of seeing Batman face a new menace in Tom Hardy's Bane is just fantastic.

And that's why we're going to go ahead and give this follow-up the highest possible Ron Burgandy stamp of approval. You stay classy, Gotham City.

Here's the thing about John Carter: no one knows what on earth it is. Well, that's not entirely true. For us educated, classy types, it's common knowledge that John Carter is a character from a series of science fiction books, but Disney is doing a bit of a subpar job getting out the message of exactly why people should be excited about this giant CGI concoction. And the CGI, by the way, looks goofy. It's high quality, don't get us wrong. It's just that the creatures that have been rendered are on par with the worst of the Star Wars prequels.

Who knows, though? Perhaps the film will surprise us. We're really, really hoping that it will. But for now, we're just not getting a particularly classy vibe from this one. To us, it smells like Bigfoot's dick.

One of the biggest films of 2012 will no doubt be kicking all of our asses in a very polite way when the Avengers assemble and hit the big screen. Directed by Joss Whedon, who's as classy as they come, you probably don't need to know much about this movie considering chances are you've seen all of the other ones leading up to it, which have all been pretty damn good.

There are a few concerns about this movie, though, such as how all of those stars and superheroes are going to successfully share the screen. It's also worth noting that we're getting the third Hulk in three films, but when he's, you know, Hulking out it makes little difference who the actor is. And we like Mark Ruffalo, too, and we think we're going to love this movie. When this all gets sorted out, we think that the Avengers and us should get an apartment together.

It's quite a classy year for superhero movies and that includes a reboot of the Spider-Man franchise just about a decade after it first started. Naturally, they decided to reboot the franchise because the first couple were so terribly disappointing, and in no way successful both commercially and critically.

That said, we're holding out hope the new "gritty" reboot will be worth our time, despite that it appears to focus on Peter Parker's absent parents for some reason. We've also heard rumors of the Lizard turning a SWAT team into his personal SWAT lizards, but that's far from confirmed and only really a rumor because of a Lego set from the movie. If those rumors turn out to be true, of course, it'll be getting to be ri-goddamn-diculous.

The Hobbit: An Unexpected Journey

After toiling in development hell for years, finally, The Hobbit is going to be hitting the big screen under the careful direction of Peter Jackson, who just might be the classiest fellow you'd ever mistake for someone who's never heard of personal hygiene or saying no when the deli cart comes around. Frankly, we don't really need to hype this film up or tell you how great it's going to be, because you likely already know. If you're like us, you got overly giddy when you watched the trailer that debuted a few weeks ago, but seriously, that's not a fanboy erection.

It's the pleats... the pleats in the pants. It's an optical illusion. We were just about to take them back... to the pants store.

If we didn't know any better, we'd think Hollywood has finally lost it. Of course that implies they had "it" in the first place, but still, if they did, we're thinking it might be long gone by now. Peter Berg, who got on our good side with The Rundown and Friday Night Lights, is directing this huge action film based on one of the most boring board games this side of Monopoly, only he's including aliens and Eric Northman from True Blood, along with the same guy who's playing John Carter.

In terms of the level of class involved with this movie, while it'll likely rake in hefty amounts of cash at the box office, we're going to go ahead and assume that you'll hear a lot of people exiting the theater talking about how they immediately regret that decision. Especially when they realize that, yes, Rihanna is playing a badass. 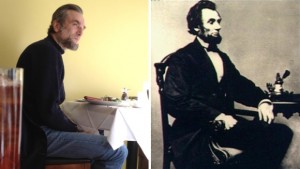 Steven Spielberg directing Daniel Day-Lewis as Abraham Lincoln? That's so incredible we can hardly sip this 18-year-old Glenlivet. The whole idea smells, to us, of rich mahogany. Look, we wanna say something. We're just going to put it out there, Lincoln: if you like it, you can take it, if you don't, send it right back. We want to be on you.

In other words, we're saying the only way this movie could possibly have us any more excited is if in his spare time Honest Abe was out fighting vampires. 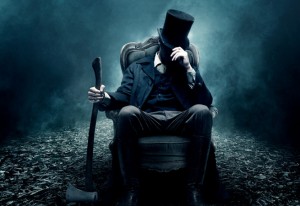 By the beard of Zeus!

Ladies and gentlemen, we're just going to go out on a limb and declare this will be a movie that makes a wolverine purr. Anytime you take a graphic novel about a young Abe Lincoln hunting and killing vampires, we're going to be there. We're also going to go ahead and say this one is destined to become a cult classic no matter how it performs at the box office.

In other words, this movie, like Ron Burgundy, is going to be the balls. 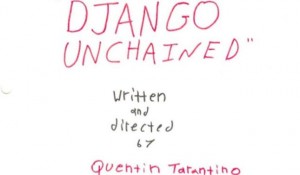 Django Unchained, if you're unfamiliar with it, is Quentin Tarantino's new film, which immediately puts it on our radar as being one of the most highly anticipated movies of the year. Add a cast that is pure class across the board, including Jamie Foxx as the title character (though we'd have preferred Michael K. Williams, who was the runner-up in casting), Leo DiCaprio, Joseph Gordon-Levitt, Sam Jackson, Christoph Waltz, Sacha Baron Cohen and Kurt Russell, and what's sure to be a fantastic script by QT, and you've got what is sure to be a film that garners a ton of award nominations.

Of course, the downside is that yet another fantastic movie is only going to further inflate Quentin's oversized head, and as he likes to tell us time and again, he's kind of a big deal. People know him. And maybe, just maybe, this will be the film that finally gets him his Best Director Oscar. 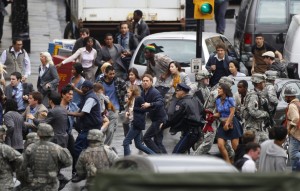 Brat Pitt and zombies, you say? An epic film about the undead from the greatest zombie book ever written? Bully! That's basically our way of saying this looks like it's going to be one of the greatest things ever, and the odds are high that we're likely to have to remove our top hats and use them to hide our nerd boners, lest some innocent young ladies happen by, and far be it from us to bring a rosy hue to their faces over such an embarrassing incident.

Because everyone knows the way to bag a classy lady is to take her to the Brad Pitt and zombie show, and see if she likes the goods. Actually, she probably won't, because you know, zombies, but that's our way of saying we can't wait to see this movie, and your special lady might not mind going because of how terribly pretty Brad Pitt is. 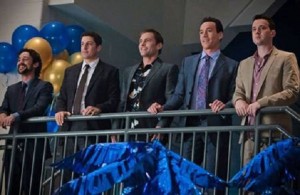 Hey, you good sirs and madams, do you remember 12 years ago when we all thought a young man screwing a pie was simply the bee's knees? And then do you remember when it made so much money at the box office that they made two sequels and countless straight-to-DVD crap, as well? Well, those same people are back to bring you yet another American Pie movie, probably because everyone involved who isn't named Seann William Scott or Alyson Hannigan has been wandering around Hollywood offering handjobs for cash. Chris Klein's booze isn't going to buy itself, after all.

And like Baxter eating a whole wheel of cheese and pooping in the refrigerator, we're not even mad. The fact that this got made and they managed to get the entire cast back together is amazing. 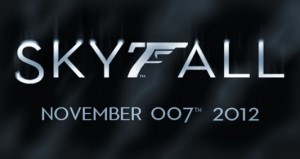 The name is Bond. James Bond. When it comes to being a classy fellow who knows how to show a lady a good time whilst saving the world yet again, it doesn't get any better than 007, does it?

And it doesn't even matter what Skyfall is about, or the fact that the title is so vague it's absolutely absurd. We all know this film will contain Daniel Craig kicking unholy amounts of ass, probably while shirtless because he was just doing his workout and Tuesdays are arms and back, and there'll be a foxy Bond girl who 007 is going to take to Pleasuretown.