Clay Matthews Has Us Seeing Double 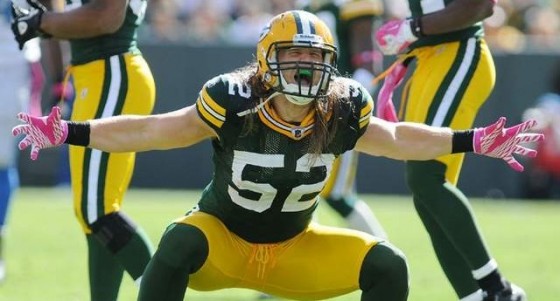 It’s impossible to deny, Clay Matthews is pretty damn awesome. But what’s more awesome than Clay Matthews? How about TWO Clay Matthews? While the Claymaker has been sidelined for about a month with an injury, he is back on the field while also starring in a new campaign for Gillette. This one seems like it might be targeted at the ladies at first, but we’re not ashamed to admit our man crush on Clay :

Each week, Clay will spark a debate and encourage football fans to post their best arguments on Gillette’s Facebook tab. The most popular winner or Clay’s pick will win tickets to Super Bowl XLVII in New Orléans. There are also weekly prizes awarded to debate winners as well as randomly selected winners.

Here is this week’s debate question :