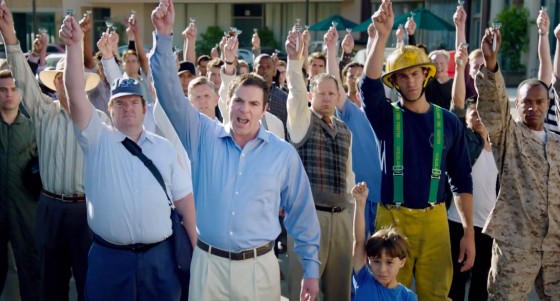 The shaving industry must be suffering a bit from the beard trend, everywhere you look people are wearing beards and facial hair. The folks at Schick apparently have declared war on the beard and are inspiring a movement for guys to come together and reclaim their chins with a clean shave. We recently highlighted their amusing animal beard campaign, and now they’re back with the “United We Shave” campaign.

We don’t know, shaving still seems like a ton of effort. If only there were some illustrations explaining what could happen if our beards were to get too long…