I feel for people responsible for closed captioning live sports events. Keeping up with all the play-by-play blathering has to be a major pain in the ass. Typos are bound to occur from time to time. That being said, confusing the word “hitter” with “Hitler” is a bit odd. I mean, the T and L aren’t very close to each other on the keyboard. 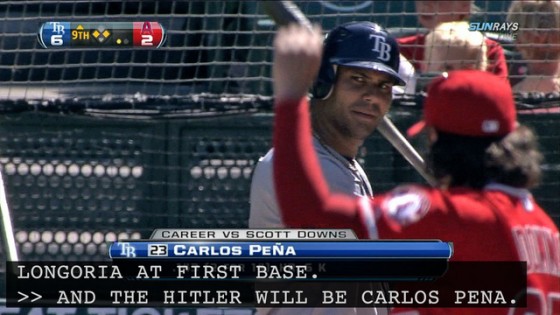 Oops. Maybe the CC operator is an Angels fan. Or perhaps Carlos Pena isn’t who he claims to be.