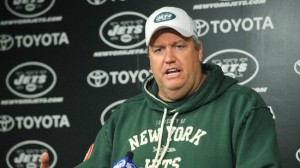 However, he turned some heads early in training camp by revealing a new tattoo on his leg while rocking a fresh pair of Chuck Taylors. 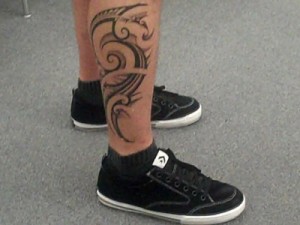 Obviously, interpreting the meaning of this tattoo offers an endless stream of joke opportunities, despite Ryan claiming it has something to do with meaning “believe in yourself“…I don’t necessarily buy it. 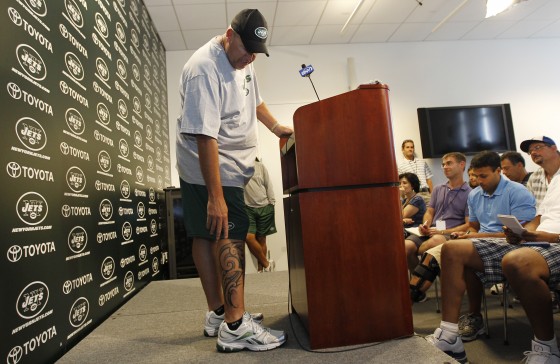 I was in New Orleans back in March while the NFL was holding league meetings, which included attendance of all the head coaches in the league. Actually, I had the opportunity to hang out with Raheem Morris and Mike Tomlin. Regardless, the word on the street was that Rex Ryan…and John Fox of all people were tearing the town up. Ryan I could understand, but apparently he dragged Fox along for the ride. I wouldn’t be shocked if he woke up the next morning with that tattoo on his leg and maybe another in a place we’d never want to see. 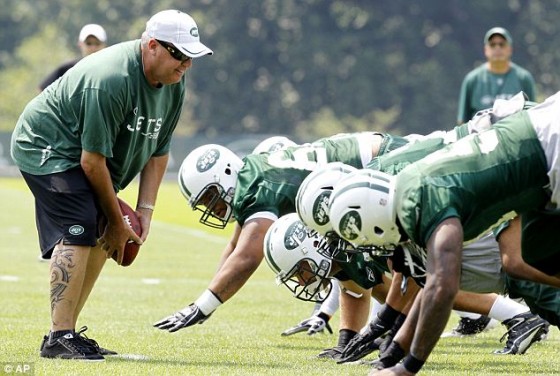 He could have also went on a 24 hour bender in the streets of Boston last January celebrating the Jets ending the Patriots season or into a depressive rager after the Jets lost the AFC Championship Game in Pittsburgh.

The logical jokes to make about that tattoo is that it is somehow associated with food or Ryan’s documented foot fetish. I would say those are reasonable options. However, don’t rule out the tattoo being an elaborate curse at Tom Brady and Bill Belichick in calligraphy or a some type of expletive towards the New York Giants about New York now being the Jets city. It could also translate to “Vernon Gholston sucks” or “I hate Peyton Manning.”

Ryan is renaissance man, so the options are wide open. What do you think?