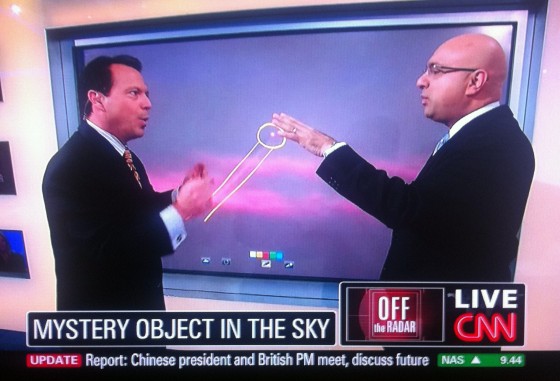 CNN’s Ali Velshi was discussing a mystery object in the sky today, when his expert began using the telestrator. Any fan of accidental dong knows that this is a situation ripe for an incidental drawing of penis, so I wasn’t surprised when one popped up on the screen. I quickly took a shot and posted it on twitter. The unintended pecker was pretty good, but the positioning of the talking heads made it even better. The photo has received some positive attention on twitter, because really, who doesn’t love a viral schlong? So, I went back and captured a clearer view of the inadvertent phallus which you can see above in all of its splendor.