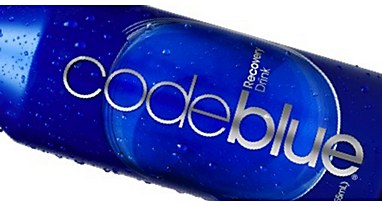 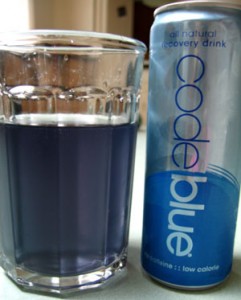 It is very rare that I would buy into the hype of an energy drink or a “complete hydration recovery drink,” which to me would normally just sound like fancy terminology for just another energy drink. However, Code Blue has won me over and now I feel the obligation to spread the word.

Despite being known around New York City as the perfect antidote for a nasty hangover, Code Blue is actually bringing much more to the table. Yes, it does get you back on your feet amazingly quick after an extensive night of drinking. I would highly recommend indulging yourself with a can if you plan on partaking in the all the day festivities of any of the upcoming St. Patrick’s Day parades, and have kidded yourself into thinking you can party like you did in your college days.

Yet, with more electrolytes than Gatorade and more minerals than Vitamin Water, Code Blue can be used more often than on a Saturday or Sunday morning. The drink has an ability to hydrate and replenish in a way that makes it useful before and after workouts during the week. This is a reason it is starting to turn up in many gyms across New York.

Code Blue has zero caffeine and only 40 calories per serving, which is also making it popular in cafeterias of large businesses as an alternate to yet another cup of coffee or a 5 hour energy drink.

Don’t be fooled by the can which may make you think Code Blue is your standard Red Bull knockoff. Code Blue is a versatile drink that can wake you out of your Saturday morning daze, hydrate you after a Tuesday workout, and help you get through a Thursday staff meeting.

You can find Code Blue in most pharmacies in New York City, especially Duane Reade’s, along with other grocery stores, gyms, Vitamin Shoppe’s, and a variety of other locations. Keep an eye out for the beverage to gradually start expanding outside of the city and until then it is currently shipped anywhere in the United States,  just visit www.drinkcodeblue.com.