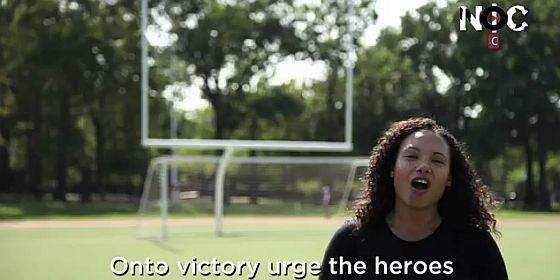 When last we heard from the folks over at YouTube channel The NOC they were failing miserably at college football humor. While comedy might not be their forte they do know how to class up a classic college fight song.

Deciding that college football needed a little culture, they recorded a series of videos where singer Rebecca Davis gives an operatic twist to some familiar tunes.

Our personal favorite is her take on Michigan’s “The Victors,” which sounds like it was written to be sung as an opera.

The most disconcerting video was her take on Alabama’s “Yea Alabama,” because, honestly, who has ever associated Alabama with class?

Head over to their channel for Ohio State, USC and others.