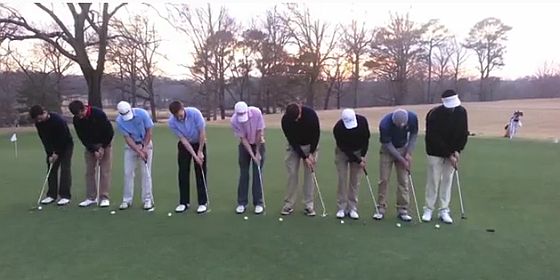 We’ve learned two things today from this video. First, we discovered that Campbell University (NC) actually has a golf management program. Second, and more importantly, we learned that putting congo lines are a lot more interesting than you might think. As part of a class competition Campbell had their students compete to see which year could sink the most putts at one time in a straight line. The Senior class emerged the victors, dropping nine straight putts into a deepened cup before celebrating exactly how you would expect nine guys in a golf management program to celebrate.