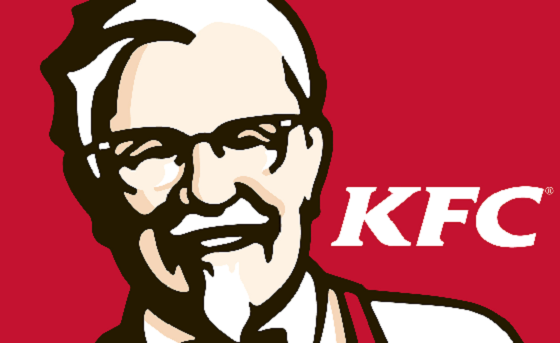 Colonel Sanders has been the face of KFC since he first developed it over 50 years ago. Due to slumping sales, KFC in recent years has resurrected the Colonel for a series of creepy television commercials featuring different actors. His trademark white pimp suit and rocking mustache have seen him become an icon recognized nationally, if not the world over. He also, really didn’t like KFC. 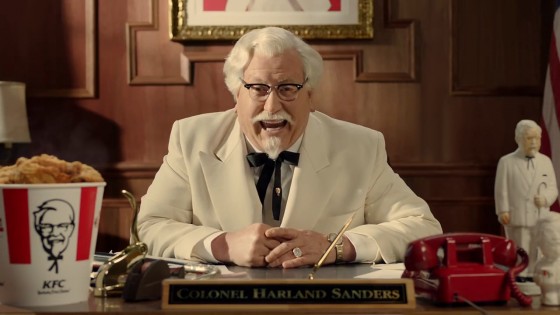 Now the Colonel’s original recipe was awesome, so awesome in fact it was impossible to replicate on a mass scale. As an executive of KFC once put it, “Let’s face it the Colonel’s gravy was fantastic but you had to be a Rhodes Scholar to cook it.” Now the Colonel had a real flair for perfectionism and it wasn’t uncommon for him to walk into a random KFC restaurant just to see if their standards matched his own. Considering that he also drove a Rolls Royce emblazoned with solid gold chicken decals, this was probably the most badass and terrifying anyone has ever looked walking into a KFC, ever. 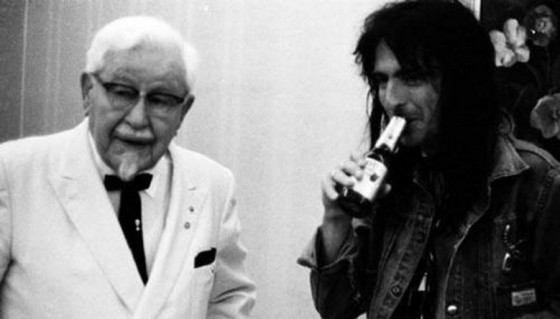 …and yes, that’s him posing with Alice Cooper

It was the Colonel’s penchant for perfectionism that caused him to go on record and state that KFC gravy was like “sludge” with the consistency of “wallpaper paste” when he realized how much standards had slipped from his original, superior recipe. KFC actually tried (unsuccessfully) to sue him for libel for these comments, but the Colonel, being awesome, came out unscathed. Which begs the question, why is his face still on their packaging if he was such a colossal pain in the ass? Well back in the ’70s KFC decided that it would be much easier to simply pay the Colonel off to the tune of a million dollars, on the grounds, he stopped publicly attacking their company. The Colonel agreed and all his badmouthing suddenly stopped. 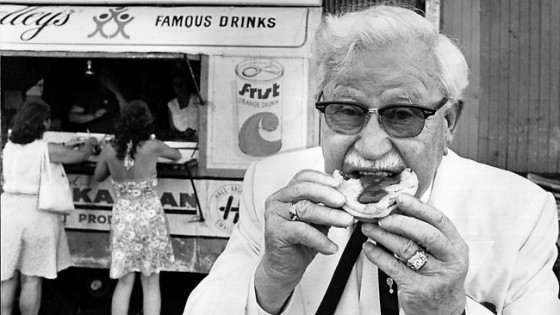 Which is a lesson for everyone out there. If someone doesn’t like you or your product, just throw money at them until they change their mind or shut their mouth. Capitalism! 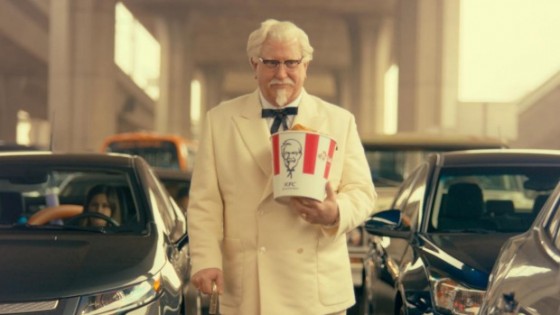 Editor’s Note : Karl Smallwood wrote this article for us back in 2012, and later started his popular Fact Fiend YouTube channel where he covered the same topic in 2017